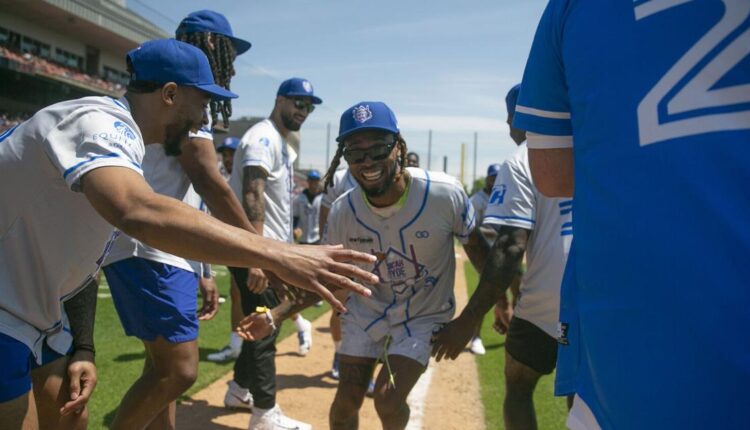 Damar Hamlin considers himself pretty lucky to have been a sixth-round pick of the Buffalo Bills in 2021.

Spending his rookie season in the NFL watching Micah Hyde and Jordan Poyer was like getting a football master’s degree.

With training camp closing in, Katherine Fitzgerald answer readers’ questions on topics such as stadium names, favorite stadiums and the Bills’ No. 1 draft pick.

“Man, I don’t even know where to start with that,” Hamlin said when asked what he learned last year from the two starting safeties.

“There’s not one specific thing, there’s just so much,” Hamlin said. “I ain’t gonna lie. I’m impressed all the way with them, just their professionalism, their grit, filling up every single day the whole season, giving 110% every day, their knowledge of the game, which comes from their experience. And also I just appreciated them taking me under their wing and looking at me like a brother, making no limit to the extent to how much they’d help me. Any question I asked, it was always 110% honesty and realness from them.”

Hamlin turned 24 in March. He says getting off-the-field advice from Hyde and Poyer was as helpful as the football advice.

“They’re married,” Hamlin said. “I’m single. I want to ultimately get to where they are in life off the field. I want a family. I would make an emphasis to not just talk to them about football but also about life. I got dreams of starting a family one day and doing all the things they’re doing in life.”

Hamlin’s mission this summer is to demonstrate a better grasp of all the things Hyde and Poyer do on the football field.

He got only 50 snaps on defense as a rookie, but he played 35% of the special teams snaps. The fact the Bills didn’t add anyone to the safety room is a statement they like Hamlin as a young prospect.

At 6 feet and 200 pounds and with 32-inch arms, Hamlin has the size NFL scouts look for at safety. He showed versatility at the University of Pittsburgh to both cover and support the run, and he has a cornerback background.

He lasted until the sixth round of the draft largely because he had some injuries in college and he’s not exceptionally fast (4.60 in the 40). But he has good quickness.

On pre-draft scouting reports and analysis of his 40 time, Hamlin says: “Look, man, if I’m worried about what people are talking about, I’m not going to be focused on what I need to focus on. I don’t care about none of that.”

Hamlin got to play late in the blowout win over Houston last season and showed good range in making a long run to the sideline to break up a deep pass for Texans receiver Brandin Cooks.

“That was their fastest receiver, Brandin Cooks,” Hamlin said. “So if people want to talk speed, you can show them that play.”

“I’m seeing everything for a second time now,” Hamlin said. “Everything’s not like a fresh new look, like a newborn baby. I know I still have a lot of growth to make but I feel like I’ve made a lot of progress.”

He also got more snaps with the first team in the spring, due to the fact Poyer and Hyde stayed away from voluntary workouts.

“It’s been very helpful,” Hamlin said. “I feel like I learn the best through experience, even in life. Just getting those reps being able to make my own mistakes. Not being too hard on myself coming out here putting stress on myself every day in practice just to make it easier when it comes time for preseason and the fall.”

Syracuse’s iconic staircase needs a $1.2 million fixup. How much do we love it?