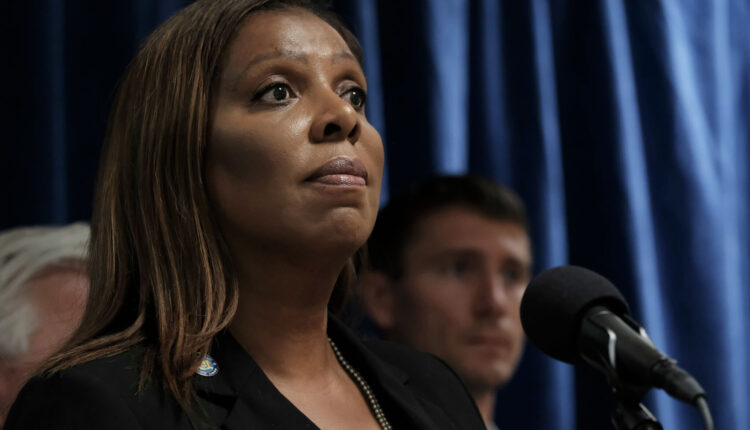 For years, CVS required New York safety net providers to exclusively use a CVS-owned company, Wellpartner, to process and obtain federal subsidies on prescriptions filled at CVS pharmacies, according to the lawsuit.

The attorney general’s office contends that CVS’ scheme forced providers to incur millions in added costs, while CVS continued to benefit through its subsidiary. CVS’ policies deprived the health care practices of critical federal funding that could have been used to improve and expand patient care, the lawsuit states.

The court action seeks to end what the attorney general considers to be CVS’ unfair and illegal practices and to recoup lost revenue for impacted safety net hospitals and clinics that would improve health care services.

“While safety net health care providers are tackling public health crises and helping underserved communities, CVS is robbing them out of millions of desperately needed funds that could improve patient care,” James said in a statement. “CVS’s actions are a clear example of a large corporation using its clout and power to take advantage of institutions and vulnerable New Yorkers, but my office will not allow it.”

CVS did not allow New York safety net hospitals and clinics to use the company of their choice to obtain subsidies on prescriptions filled at CVS pharmacies through the 340B federal program, according to the filings. This program allows safety net hospitals and clinics to purchase certain drugs at a discount from pharmaceutical companies and use the savings for patient care.

To realize the benefits of the 340B program, safety net hospitals and clinics must contract with the pharmacies that are used by their patients. Under the CVS requirements, thousands of safety net health care providers across the state were only allowed to use Wellpartner to process claims filled at CVS retail and specialty pharmacies, forcing them to incur millions of dollars in additional costs to hire and train staff and change their data systems to align with Wellpartner’s system, according to the lawsuit.

The lawsuit alleges that New York patients were the ultimate victims of CVS’ practice, which siphoned off federal funding from safety net health care providers that could have used the funds to improve access to health care for the neediest New Yorkers — including the poor and uninsured .

Safety net health care providers bear full legal responsibility for keeping records and may only collect 340B revenues on certain prescriptions, including patient prescriptions for medications used to treat HIV/AIDS and hepatitis C. Most safety net providers contract with a third-party administrator, or TPA, to administer their 340B programs. The TPAs ​​confirm eligibility for each transaction and keep detailed records, as required by the federal 340B program rules.

In 2017, CVS acquired Wellpartner, a TPA, and began requiring New York hospitals to use it. An investigation by the attorney general’s office found CVS pharmacies did not contract with hospitals that don’t use Wellpartner as their TPA, which is a violation of New York’s antitrust laws.

The 340B program rules do not allow hospitals to steer patients away from certain pharmacies. Hospitals and clinics had little choice—they either had to go along with CVS’ requirements or forgo the benefits they were entitled to, according to the lawsuit.

CVS tried to leverage the strength of its retail pharmacy network in New York to force hospitals to use Wellpartner, rather than any other TPA, James’ office said.

CVS Health in a statement said the providers in question have a highly competitive marketplace when choosing 340B contract pharmacies and that its numerous pharmacy locations add convenience to vulnerable populations who purchase discount drugs.

“These allegations are without merit and we will defend ourselves vigorously,” CVS spokesman Philip Blando said. “We continue to be a partner to the State of New York in delivering a number of important healthcare solutions to the people of New York, as recently demonstrated by our sustained, robust efforts to ensure access to COVID testing and vaccinations across the state.”

CVS Health’s participation in the 340B program delivered approximately $2.2 billion in savings to 340B providers in 2021, and over $200 million in New York, more than doubling the savings offered to New York Covered Entities in 2017, Blando noted.