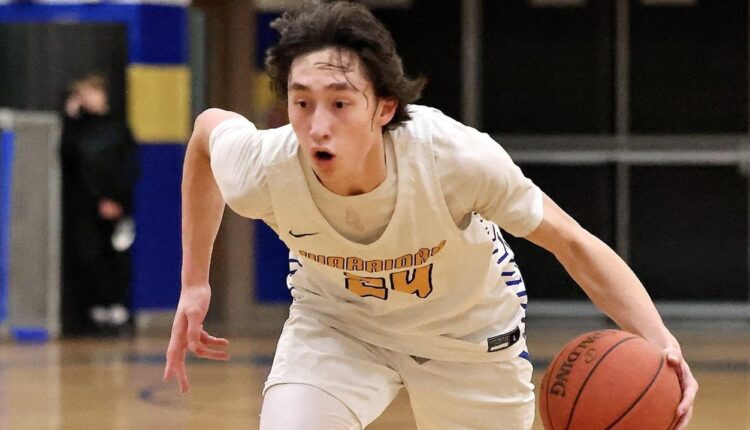 Comsewogue showed it can do well in a high-scoring game when it clinched a 91-77 boys basketball win over Hampton Bays on Tuesday night.

Hampton Bays, who have scored 80 points or more in six games this winter, suffered only their third loss of the season.

Comsewogue had not scored more than 74 points prior to Tuesday.

“But when they move the ball and play within our system and trust each other, it becomes a little bit easier.”

Hampton Bays, led by Kazmin Pensa-Johnson’s 36 points, trailed by 13 points at the start of the fourth quarter. It reduced the gap to six points with 4:20 remaining, but didn’t get any closer.

“[Hampton Bays] pushed us a little bit about what we want,” Sutherland said. “But my boys stood up tough.”

Comsewogue (9-3) took the early lead behind Morris-Gray’s 11 points in the first quarter. After three fast-break layups by Hampton Bays, Comsewogue knocked out the visitors’ transition offense and caught Hampton Bays as it crossed the midcourt.

Still, Hampton Bays (9-3) were no more than 12 points behind in the first half.

Comsewogue led a dozen with just over a minute to play at halftime and Hampton Bays, led by Patrick Donahue’s three and a quick lay-up, reduced the deficit to 42-36 at the break.

“We just never put our heads down,” Morris-Gray said. “Even though they came back we still won, we still had momentum. We still played well, that’s all that matters.”

Morris-Gray wiped three of his six three-pointers in the third quarter.

Pensa-Johnson scored 24 points in the second half, forcing Comsewogue to lean on a motto it created before the season.

“Our theme this year is ‘great confidence,’ we just rely on the guy next to you,” Sutherland said. “At the end of the day it will be about who can get up and make a game. And tonight it was one guy after another. It really wasn’t one person.”

ORANGE MATCHDAY: Syracuse looking to get back into the Victory Column against Virginia Tech