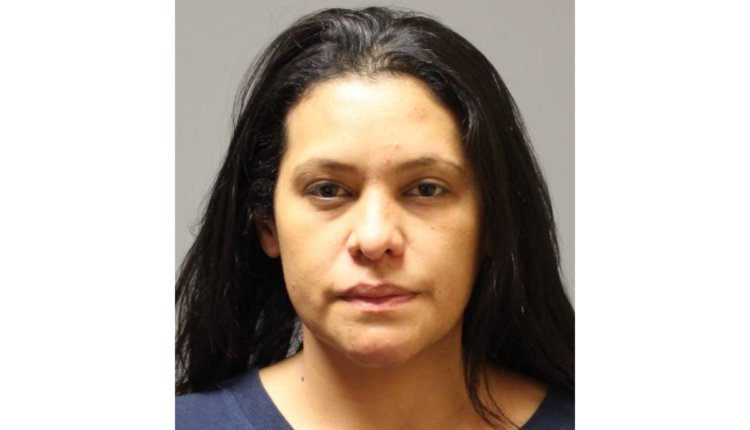 Donatila O’Mahony was found guilty by a jury on Tuesday of murder, attempted grand larceny and criminal possession of forged documents. (Courtesy of the Suffolk County Attorney)

A Suffolk County jury on Tuesday found a Central Islip woman guilty of murdering an Aquebogue man in 2020 and forging his will to inherit his estate.

Donatila O’Mahony, 42, was convicted by a jury of seven women and five men of second-degree murder, second-degree criminal possession of a counterfeit instrument and attempted grand theft.

“The motive for this murder was greed, pure and simple,” Suffolk County District Attorney Ray Tierney said in a statement after the sentencing. “Hopefully the victim’s family will now have a small measure of justice, knowing that his killer will be held responsible for their actions.”

The victim, 69-year-old Lee Pedersen, was found dead at his home in Aquebogue on March 8, 2020, with a single gunshot wound to the back of the head.

During a nine-month investigation into his death, which led to Ms O’Mahony’s arrest in December, detectives seized surveillance footage, cellphone recordings and witness statements.

“It’s just such a relief,” said Lorraine Roth, a Lynbrook neighbor of Mr Pedersen, after Tuesday’s verdict. “Every night I prayed and spoke to Lee that the verdict would be fair. We found things out [about Lee] that we never knew, but nobody deserves that kind of treatment… He was a very good person,” Ms. Roth said.

During the trial, prosecutors relied on the testimony of George Woodworth, a 76-year-old New Jersey man, who admitted buying the defendant two handguns for the shooting and lending her his car on the night of the murder.

Mr. Woodworth later disposed of clothing and the pistol used in the shooting in various New Jersey dumpsters, but kept a plastic bag of unused ammunition in a bedroom closet. Detectives recovered the bag, which was wiped clean by forensic scientists from the Suffolk County Crime Lab, revealing the presence of both Ms O’Mahony’s and Mr Pedersen’s DNA.

In the weeks after his death, Ms. O’Mahony set about forging Mr. Pedersen’s will to try to get his home on Pine Avenue in Aquebogue.

Prosecutors alleged that Ms O’Mahony knew she was listed as a beneficiary in his actual last will and testament, and was destined to inherit another of Mr Pedersen’s Lynbrook residences.

“She couldn’t wait for her inheritance,” Mr Schroeder said, characterizing the crime as “terrible greed.”

Unaware that police already had a copy of Mr Pedersen’s will, which listed another close family friend as the executor who would inherit the Aquebogue house, Ms O’Mahony later produced her own version of the document, in which instead her executor was named and both the Lynbrook and Aquebogue residences were given in her name.

During the trial, defense attorney Ira Weissman conceded that the defendant, although she had filed a fraudulent will, did not find her guilty of murder.

As he exited the courtroom on Tuesday, Mr. Weissman said that was not the result he had hoped for. “We are disappointed with the verdict,” he said. “We will find out what our next step is.”

This was the second time Ms O’Mahony had been tried before Judge Timothy Mazzei. The first trial, held in October, ended abruptly in a mistrial after a jury recognized a relative of the accused outside the courthouse.

Ms O’Mahony faces life imprisonment with a maximum of 25 years, according to prosecutors, and she is due to be re-sentenced in court on February 28.