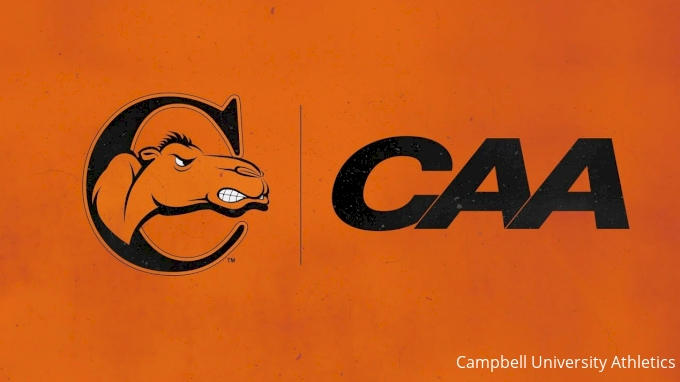 The Colonial Athletic Association announced Wednesday that Campbell University has accepted an invitation to join the conference as a full member on July 1, 2023.

“We are excited to welcome Campbell University as the newest member of the Colonial Athletic Association,” CAA Commissioner Joe D’Antonio said. “Campbell is an outstanding academic institution that features a successful and competitive athletic program. Both of these attributes fit perfectly into the conference’s vision that calls for our membership to work together to advance nationally competitive athletic programs – coupled with outstanding academic programs – that empower students -athletes as whole persons to strive at the highest level in every aspect of their lives. The CAA continues to be focused on making decisions that ensures its membership a competitive and sustainable model.”

The addition of Campbell increases the CAA’s membership to 14 for the 2023-2024 academic year.

CAA Football’s membership will expand to 15 in 2023 with the addition of Campbell.

Located in Buies Creek, North Carolina, near one of the fastest-growing metropolitan regions in the country, Campbell University is a private university with an enrollment of more than 5,600 students. Founded in 1887, Campbell currently enrolls more native North Carolinians than any other private college or university in the state.

With programs in osteopathic medicine, pharmaceutical sciences, nursing, physician assistant, physical therapy and sports medicine, Campbell has emerged in the last decade as a leader in health sciences education in North Carolina.

“The leadership team at Campbell University is grateful to the Colonial Athletic Association for the invitation to join this outstanding athletic conference,” said Campbell University President J. Bradley Creed. “Campbell’s athletic teams have demonstrated that we can compete with some of the best teams in the country. This move to the CAA aligns extremely well for Campbell in terms of the profile of sports and athletics, as well as the academic reputation of these highly regarded colleges and universities.”

Over the last five years, Campbell has won four Big South Conference men’s all sports trophies and the Sasser Cup twice as the overall Big South all sports champion.

Fighting Camel teams and individuals have made 49 postseason appearances in the last five seasons, including 13 berths in 2021-2022. The women’s golf team has earned 10 consecutive NCAA regional berths, while the baseball team has competed in the last four NCAA regionals.

Acting Campbell University Director of Athletics Hannah Bazemore called the move “one that will be exceptional for our institution.”

“I would like to thank Commissioner Joe D’Antonio and the board of directors in the CAA for extending this invitation and giving Campbell University, our student-athletes, coaches and staff this tremendous opportunity. It’s an exciting time to be at Campbell,” Bazemore said. “Academically, culturally and athletically, the CAA will be an outstanding home for Fighting Camel Athletics for decades to come. It’s our goal to give our student-athletes and coaches an opportunity to compete among the nation’s leaders, and joining the CAA at this time afford us this opportunity.”

The CAA encompasses many of the nation’s largest metropolitan areas with a geographic footprint that stretches from Boston to Charleston.

Just as impressive, however, are the honors accumulated away from competition, which include five Rhodes scholars and 25 NCAA post-graduate scholars. In 2021-2022, more than 2,700 of the league’s student-athletes received the Commissioner’s Academic Award after posting at least a 3.0 grade point average while lettering in a varsity sport.

The CAA conducts championships in 24 sports.

CAA Football has established itself as one of the nation’s premier FCS power conferences for more than a decade due to its on-field success, national exposure and the achievements of its student-athletes in the classroom, in the community and at the next level.

The league had multiple teams in the playoffs for the past 31 years, three or more squads in the field for 14 of the past 16 seasons and at least one team in the semifinals for nine straight years.

A CAA team has competed in the FCS national championship game in nine of the past 17 seasons.