Calvo-Torres takes oath for Court of Claims: ‘Buffalo deserves to see itself in its courts.’ | Local News 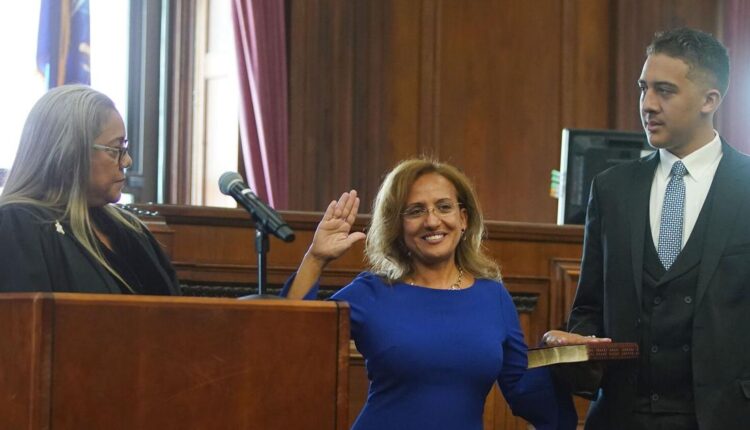 The significance of her appointment was not lost on her or others.

“It means that finally the judiciary gets to affect the community that it serves,” Calvo-Torres said after her swearing-in ceremony at Erie County Hall.

gov. Kathy Hochul nominated Calvo-Torres to the Court of Claims in May, and the New York State Senate confirmed her nomination in June.

Calvo-Torres, who served on the City Court bench since 2007, will handle lawsuits against New York State and its public agencies and authorities as a Court of Claims judge. She will also serve as an acting State Supreme Court justice and will be able to handle felony criminal matters.

“I bring to this court a fierce desire to do justice in accordance with what I know the law to be and what our research knows the law to be,” Calvo-Torres said. “And to use all the diligence, all the skills and all the effort that I can bring to bear in carrying out my judicial duties.”

Mayor Byron Brown appointed Calvo-Torres, a 1998 graduate of the University at Buffalo School of Law, to the Buffalo City Court in 2007, making her the first Hispanic woman to serve on the bench. Calvo-Torres won re-election bids twice with endorsements from Democrats and Republicans.

“In the state of New York, we are celebrating her rise today, because it’s been a long time coming,” said Sallie Manzanet-Daniels, associate justice of the Appellate Division in New York City. “Western New York, like downstate, deserves full representation. The Latino community of Buffalo deserves to see itself in its courts.”

Assemblyman Jonathan Rivera of the 149th district, the first Latino north of New York City to serve in the Assembly, said he has had conversations with Calvo-Torres about the meaning of being the first Latinos in their positions.

“In the moment, perhaps in the excitement and the enjoying of the celebration, it’s all wonderful,” Rivera said. “But we know that there’s so much work that comes with it. That work is not going to be additionally difficult for her, because this judge has been doing this kind of work since day one.”

Calvo-Torres said she brings to the court a deep understanding of the human condition and an understanding that litigants want to be heard.

“When litigants come before us, they come before us many times at the lowest point of their lives,” Calvo-Torres said. “So we need to understand that and treat them with a sense of respect and dignity and give them the opportunity to be heard.”

“It’s absolutely incredible.” said her son Christian, 19. “Seeing everybody I’ve grown up around that have been friends with my mom in Buffalo in one of our own historic chambers, it just hit all at once.”

The smart way to start your day. We sift through all the news to give you a concise, informative look at the top headlines and must-read stories every weekday.