Buffalo mayor on violence: ‘We’re going to do something about it’ | WWTI 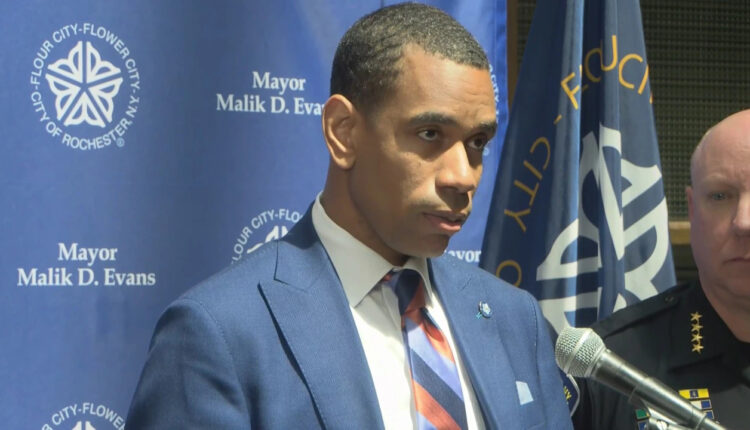 ROCHESTER, NY (WROC) — Prior to the fatal shooting of Officer Mazurkiewicz, Rochester Mayor Malik Evans declared a Local State of Emergency Thursday due to the ongoing gun violence.

Over the weekend, two more homicides in separate shootings brought the total number of deaths this year to 44. That surpasses where the city stood this time last year for homicides, a record-breaking year of 81.

The proclamation gives Evans, among other things, the right to shut down a street temporarily.

The two homicides from this past weekend occurred on Lyell Ave. and North Clinton Ave. Both areas are known to have extremely high crime rates compared to other streets in the city.

In less than a week, three people were killed on North Clinton Ave., with a triple shooting on July 20 resulting in two homicides. That happened less than a mile away from where Saturday’s overnight shooting took place.

When asked what it would take to shut down a particular street, the Mayor says it comes down to high levels of violence or if he feels it is something that needs to be done, and claimed that the city “will be using those tools.”

“We always like to try to use the carrot first,” Mayor Evans said. “So, for example, if there is a location that is not having in a way that we expect, we will bring them into the law department, give them a warning, and then after that we’re going straight to State Supreme Court to start closing locations down that are wrecking challenges. The people in this community are sick of it. I’m sick of it. But the most important thing is we’re going to do something about it.”

He did not mention whether any steps have been initiated to take any kind of action under the state of emergency.