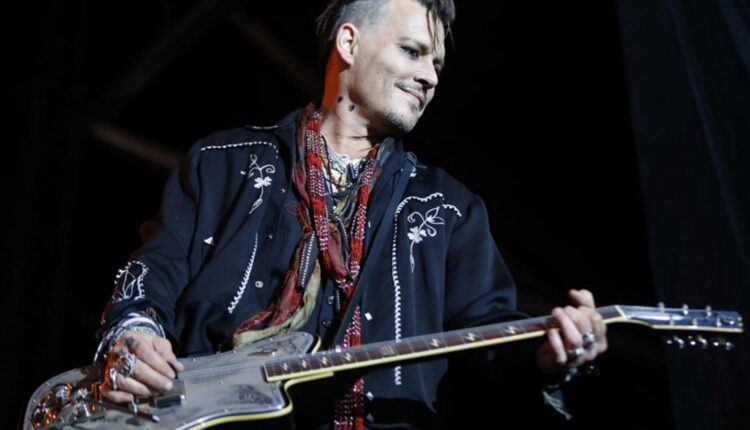 Cultural appropriation is as old as popular music itself.

This is particularly the case with rock ‘n’ roll, a form that found white artists assimilating the influence of Black American rhythm and blues, gaining an audience that dwarfed the one commanded by Black progenitors of the form.

Many white artists – including the Rolling Stones, Led Zeppelin and, on occasion, Elvis Presley among them – made plain their deep debt to Black American music, often shining the spotlight on their influences and urging their fanbase to celebrate those influences. Others have consistently failed to give credit where credit is due.

Sadly, it seems Johnny Depp and Jeff Beck could fall into the latter category. The actor/singer and the legendary guitarist recently released the collaborative album “18,” an assemblage of cover song interpretations and original works. Alas, it seems that all of those original works might not be so original after all.

New reporting by Rolling Stone notes that Depp and Beck’s “Sad (expletive) Parade” appears to share numerous lyric lines with “Hobo Ben,” a “toast” – a form of Black American vernacular folk poetry – performed by Slim Wilson and recorded by folklorist and University at Buffalo Distinguished Professor Bruce Jackson in 1964, later included in Jackson’s 1974 tome “Get Your (expletive) in the Water and Swim Like Me” and a 1976 audio release.


The Beck and Depp song is credited as a “Johnny Depp original” in the Rhino Records press materials heralding the album’s mid-July release. There is no mention of Slim Wilson, Bruce Jackson, or any of the associated printings and recordings of Wilson’s toast. None of this sits well with Jackson, who says, “Frankly, I’m really pissed off that Johnny Depp, who doesn’t need the money, would take these lines verbatim and give no credit.”

Representatives for Rhino Records, the label “18” appears on, did not respond to an email request by The News. Rolling Stone reported a spokesperson said Depp and Beck “are reviewing the inquiry relating to the song. … If appropriate, additional copyright credits will be added to all forms of the album.”

“This isn’t about money for me,” said Jackson, who holds the copyright to both the text and recorded versions of the toasts he transcribed. “I’ve got a good job. I’m fine. The problem for me is an ethical one. Depp could’ve asked. He could’ve gone through the proper channels. He could’ve made sure some of whatever money is made goes to the the people who created this culture or to an organization that helps preserve that culture.”

That, said Jackson’s daughter, Rachel Jackson, the Buffalo attorney researching the issue, is what her father has always taken pains to do.

“Bruce has never claimed authorship of any of the toasts that he has recorded and transcribed,” said Rachel Jackson, one half of Jackson & Jackson LLP, along with her brother, attorney, musician and photographer Michael Lee Jackson.

“Throughout his incredibly long career as a folklorist, Bruce has made extraordinary contributions to the preservation of African American oral tradition. I can’t think of a single time that he’s been approached for use of copyright for one of these toasts when he has said no. Because he wants these to be read and seen and heard and used. He wants the proper credit to be attributed to the African American history and culture where it belongs.”

When Bruce Jackson was approached by the nonprofit experimental theater company the Wooster Group regarding the company’s interest in turning Jackson’s recordings of Texas prison work songs into a theatrical production, he readily agreed, and “The B-Side,” which opened in New York City in 2016 and came to Buffalo for four sold-out performances at UB’s Center for the Arts in 2018, resulted. The Wooster Group plans to open a new production based on Jackson’s “Get Your (expletive) in the Water and Swim Like Me” in the fall.

In 1964, Bruce Jackson took a tape recorder to Texas and rescued a dying piece of history. The University at Buffalo professor’s 1965 album, “Negro Folklore From Texas State Prisons,” features spirituals, work songs, poetry and scripture sung by inmates toiling in the state’s agricultural prison farms. Many of the songs and styles Jackson preserved, carried on slave ships

By that time, Bruce Jackson said, he hopes “there will be no association with Johnny Depp attached to these toasts” remaining.

“We don’t know what happened, or how the lyrics got to Depp, but we do know that these are very idiosyncratic words, and we don’t believe they could’ve been authored independently,” Rachel Jackson said, noting the family learned of the Beck and Depp song through an anonymous caller, who then went on to alert Rolling Stone to the similarities between Depp’s lyrics and “Hobo Ben.”

“There are only two lines in Depp’s version which don’t appear to have been lifted directly from ‘Hobo Ben,'” she said.

Rachel Jackson said no lawsuit has been filed on her father’s behalf, nor has a letter been sent suggesting one is forthcoming, but the team is looking at options.

“We know the ethical issues have been violated, clearly,” she said. “Now, we’re looking at the legal issues.”

Receive the latest in local entertainment news in your inbox weekly!