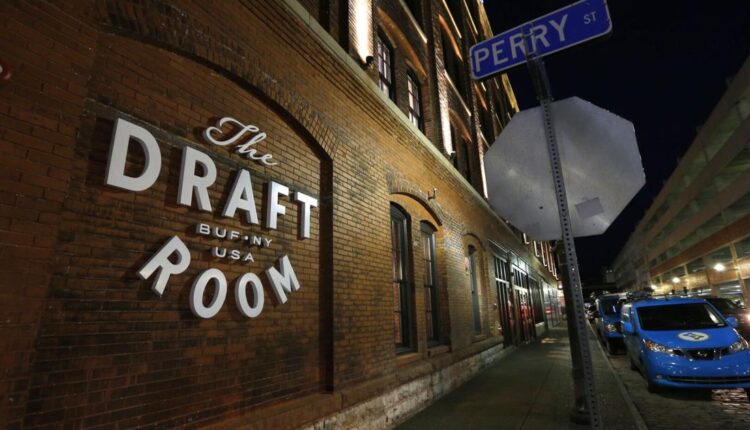 The Draft Room posted a black-and-white photo of King edited to wear a Buffalo Sabers jersey to its Instagram page on Sunday to let customers know the restaurant would be open on the National Day.

Obsessed with that *obviously* deleted Labatt draft room post. I would so love to meet the person who was paid to do and post this. pic.twitter.com/XiPiWFc85Z

The caption accompanying the photo read: “Stop by tomorrow as we celebrate MLK Day and hopefully a Sabers win!

Some Instagram users wrote that it was inappropriate for The Draft Room to use King to promote the restaurant.

The Draft Room – located at 79 Perry St., adjacent to the KeyBank Center – is managed and operated by Select Pour Ventures, which acquired operations of the restaurant and taproom from Pegula Sports and Entertainment after it closed during the Covid-19 pandemic would.

Select Pour Ventures advisor and spokesperson Marc Honan said the post was removed after The Draft Room team realized the post was not in line with the company’s social media goals and users “had a few negative comments ‘ had left.

“The goals of our social media presence are simple,” Honan said. “It’s really just about promoting The Draft Room, promoting the atmosphere, whether it’s specials or opening times or new menu items.

“When we saw a negative comment, it was obvious that (the post) didn’t meet our goals,” he said.

Honan said the company used the objections to meet with its employees and review the social media policy.

“It’s unfortunate that we created a negative when our goal is actually to create a positive,” Honan said.

Pegula Sports & Entertainment announced that it has entered into an agreement with a start-up company called Select Pour Ventures to acquire the Draft Room and a private club called Room 120 at 79 Perry St.

In 2017, Terry and Kim Pegula, owners of Sabers and Bills, purchased and redeveloped the Cobblestone District building that houses The Draft Room.

It reopened in 2021 after PSE struck an agreement with newly formed Select Pour Ventures to manage the restaurant as well as a private club called Room 120.

The Buffalo Sabers lost 4-1 to the Florida Panthers on Monday afternoon.

The smart start to the day. We sift through all the news to bring you a concise, informative look at the top headlines and must-read stories every day of the week.