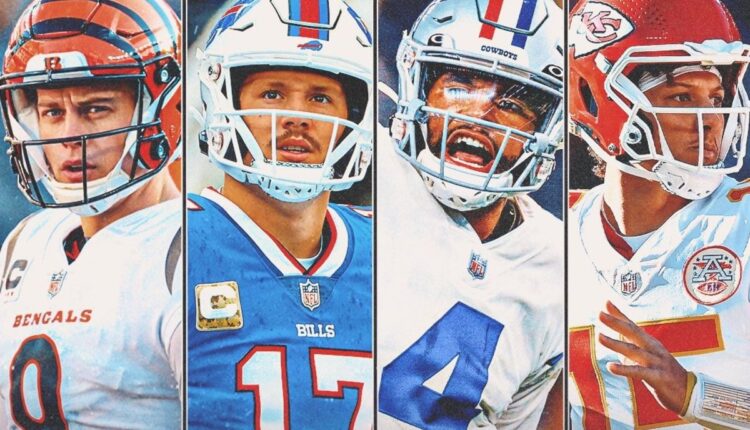 The Buffalo Bills are one step closer to the ultimate goal…

And the first round of the playoffs is just one game away from completion.

And yet we already know a lot about the coming weekend.

Five of the six Wild Card Weekend games have been completed and the NFL Divisional Round is now on the agenda.

Next Saturday, the top seeded Kansas City Chiefs and Philadelphia Eagles will make their debuts after byes in the first round.

The Cincinnati Bengals’ massive rematch against Buffalo Bills is scheduled for Sunday at 3:00 p.m. ET as the AFC highlight.

And in the NFC showdown? It’s the San Francisco 49ers who host either Tom Brady’s Tampa Bay Bucs or the Dallas Cowboys.

The full schedule is below:

It’s a long road for all involved, but the Bills got off to a good – if somewhat unnerving – start as they held a narrow playoff win over the Miami Dolphins on Sunday.

But now the Bills are advancing, along with the field of still Super Bowl contenders.

Watery to take an indefinite break after the spring 2023 concerts