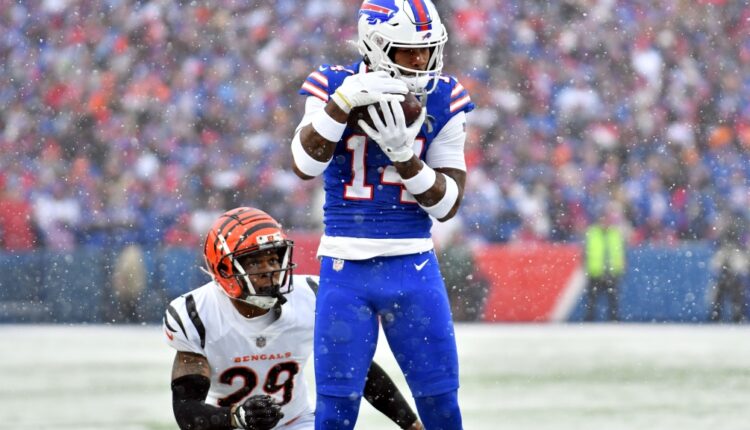 The emotions Stefon Diggs had during the Buffalo Bills’ divisional round loss to the Cincinnati Bengals didn’t end with the final whistle.

According to various reports including The Athletic, Diggs quickly exited the Bills dressing room after the game. Diggs reportedly left, quickly walked back into the room, and then finally left:

According to Bill’s head coach, Diggs was in the locker room for Sean McDermott’s post-game speech.

During the game, Diggs was spotted on the Buffalo touchline, seemingly upset with quarterback Josh Allen. He appeared to yell at the QB in the fourth quarter of the 27-10 loss.

After Diggs exited the dressing room, he did not speak to the media. He left the stadium forever.

Diggs setting off in an annoyed manner doesn’t look good no matter how you cut it.

While fans of a team enjoy seeing Diggs snub his media responsibilities, teammates may think otherwise. After a loss like this, nobody wants to face the music. This is not fun.

Diggs, a team captain, decided his teammates could take care of it. He was outside.

One can imagine the Bills downplaying the scenario, but one has to believe there will be a conversation with him after his actions on and off the field.