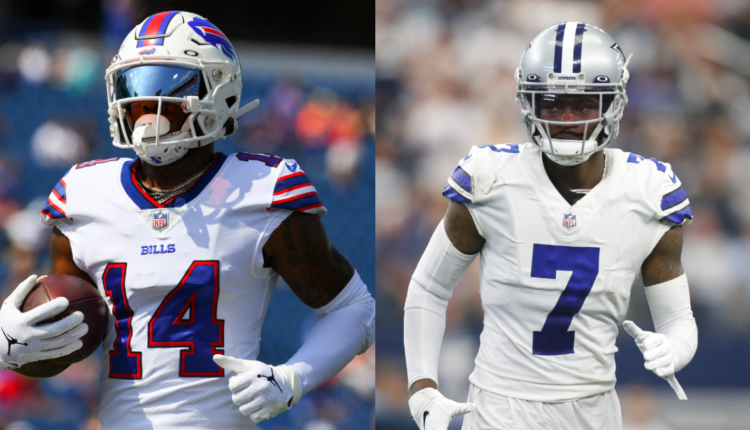 Stefon Diggs just got a “Brotherly Shove” right to the top of the wideout food chain.

There might not be a better brotherly duo in the NFL than Dallas Cowboys cornerback Trevon Diggs and Buffalo Bills receiver Stefon Diggs. The two brothers are fiercely loyal to each other and have been vocal supporters of one another.

Trevon has openly campaigned for Stefon to be called one of the best receivers in the NFL, whether that be on social media or in interviews with the media. Most recently, Trevon was on the I Am Athlete Podcast, where he was prompted to list his top five receivers in the NFL.

All the names he listed have all made solid cases for being considered the best receiver in the NFL, with Trevon placing Stefon atop his list. Rounding out his top five are the Oakland Raiders’ Davante Adams, the Miami Dolphins’ Tyreek Hill, Cincinnati Bengals’ Ja’Marr Chase, and Dallas Cowboys pass-catcher and teammate CeeDee Lamb.

After choosing his brother No. 1, Trevon couldn’t find his next selection of Chase, who was left off the list of selections completely and had to be written in by Diggs. While the argument could be made that it’s way too soon for Chase to appear on any lists like this, his rookie season was that good.

Trevon’s selection of his brother at No. 1 might be more than just nepotism.

In seven years in the league, Stefon has been at the top of the wide receivers list, seemingly his entire career. In 103 games split between five seasons in Minnesota and two in Buffalo, Stefon has recorded 595 catches on 864 targets, for 7,383 yards and 48 touchdowns.

While Trevon’s selection of Stefon at No. 1 might be a little due to family ties, it certainly isn’t a bad choice by any stretch.

Heat triggers alerts for more than 80 million in central, eastern US