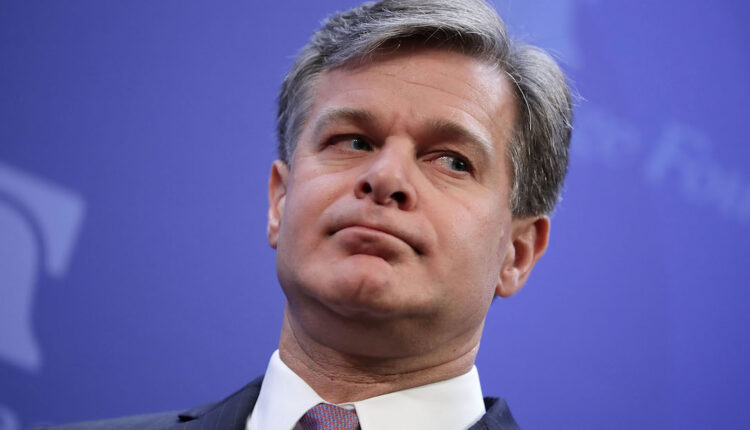 Former President donald trump has so far declined to release the search warrant served at his Mar-a-Lago residence in Palm Beach, Florida on Monday, prompting various third-party efforts to unseal the document in federal court even as his supporters have taken to issuing an avalanche of death threats against the magistrate judge who issued the writ authorizing the unprecedented law enforcement visit.

On Wednesday, conservative legal nonprofit group Judicial Watch filed a motion to unseal the Trump search warrant with the US District Court for the Southern District of Florida.

“Here, Judicial Watch is investigating the potential politicization of the Federal Bureau of Investigation and the US Department of Justice and whether the FBI and the Justice Department are abusing their law enforcement powers to harass a likely future political opponent of President Biden,” the four -page motion says. “If the Court were to unseal the materials, Judicial Watch would obtain the materials, analyze them, and make them available to the public. Unsealing the records therefore would further Judicial Watch’s mission of educating the public.”

The motion goes on to further explain the group’s motivation:

[T]he public has an urgent and substantial interest in understanding the predicate for the execution of the unprecedented search warrant of the private residence of a former president and likely future political opponent…no official explanation or information has been released about the search. As of the filing of this motion, the public record consists solely of speculation and inuendo [sic]. In short, the historical presumption of access to warrant materials vastly outweighs any interest the government may have in keeping the materials under seal.

Given the political context, and the highly unusual action of executing a search warrant at the residence of a former President and likely future political opponent, it is essential that the public understands as soon as possible the basis for the government’s action.

Stylized as USA v. Sealed Search Warrant on the federal docket for the Miami-based court, the record now shows the Trump search warrant was first filed under seal on Thursday, Aug. 5, 2022.

The judge overseeing the case, US Magistrate Judge Bruce E Reinhartquickly directed the US Department of Justice to respond to Judicial Watch’s motion to unseal by the end of next Monday, Aug. 15, 2022.

While details about the warrant are likely to be released as a result of the motion to unseal, legal experts doubt the effort will succeed.

In an email to Law&Crime, national security lawyer Bradley P Moss said his opinion on whether the warrant would be unsealed had shifted from “no” to “probably not,” but only slightly.

“It is good that the judge ordered DOJ to publicly respond to the motion given the obvious public interest in the matter,” Moss wrote. “I highly expect DOJ however to rely on broad and conclusory claims about the harm to the ongoing investigation if the search warrant information is released, as well as the prejudicial impact it has on the target(s) of the warrant given there has not yet been an indication.”

“This motion will very likely be denied,” former federal prosecutor Renato Mariotti tweeted – while pointing out that judicial intervention is not strictly necessary for the public to see the warrant. “Trump’s team can release the search warrant and the inventory of seized items at any time, however. The sealing order does not apply to them.”

After Judicial Watch filed their request, two media organizations – the Albany, New York-based Times Union and The New York Times – filed their own motions in the case regarding the warrant.

The Times Union filed their own motion as a letter addressed to the court penned by Managing Editor Brendan J Lyons.

An excerpt from that motion reads:

In this case, the apparent subject of the search, Donald J. Trump, has full knowledge that the FBI searched his residence and that items, including business records and files, were seized. Federal authorities shared a copy of the search warrant with Mr. Trump’s attorney(s), who have stated publicly that the warrant referred to “classified information” and the “Presidential Records Act.”

Given that the search warrant(s) have been executed, and the target of that search has full knowledge of what occurred, there is no impediment to any ongoing investigation from the disclosure of the search warrant order or the returns. As such, these records should be unsealed.

The New York Times, on the other hand, filed a motion to intervene as a third party “for the limited purpose of obtaining access” to the search warrant and provided a legal memorandum as well.

“To date, despite the immense public interest in the search, the public, including The Times, has been prevented from accessing any court records related to this search warrant, including the warrant itself,” the filing by attorney Carol Jean LoCicero reads “Southern District of Florida practice is typically to seal search warrant matters at least until the warrant is executed, but not in perpetuity. In addition, the typical docket is not readily available. This matter is one of utmost public interest, involving the actions of current and former government officials.”

The Times motion goes on to reiterate the less-than-typical nature of the legal matter before the court:

Access to search warrant materials has typically occurred at the conclusion of an investigation or proceeding. But this is far from the typical case. The investigation has been made public by the target of the warrant himself, details of the investigation have appeared in publications throughout the world, members of Congress have demanded that the Justice Department provide an explanation, and political commentary on the search continues unabated. In short, with so much publicity surrounding the search, the Court should be skeptical about government claims that disclosure of this true information will invade privacy, disturb the confidentiality of an investigation, tip off potential witnesses, or lead to the destruction of evidence.

Judge Reinhart responded to the Times Union’s filing with an additional “paperless order” directing the DOJ to respond to the paper’s request within the timeframe originally noted in the first order.

“If it chooses, the Government may file a consolidated response to all Motions to Seal [sic],” the judge wrote.