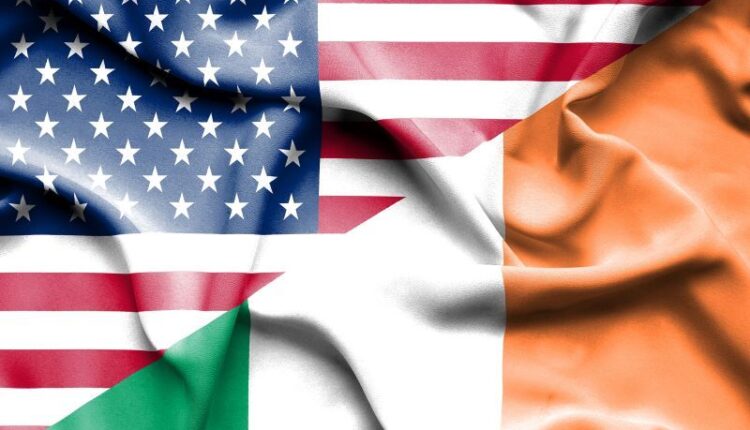 The male members of the Ancient Order of Hibernians (AOH), the oldest and largest Irish Catholic organization in the US, voted to disallow women into their ranks at their national convention in Pittsburgh last weekend.

The decision made major news in Ireland where the Irish Times featured it on its home page and no doubt there was lots of chin wagging from the liberal Irish wing about the backwardness of Irish America and their conservative ways.

The fact that the Ladies AOH, a separate group, made clear their opposition to joining with the men interrupts that set narrative. If the women’s group preferred to continue as they were, who were the men to dictate otherwise to them?

For years, it was an unequal relationship, but the most important change occurred in 1984 during the women’s National Convention held in Albany, New York where the title “Ladies Auxiliary of the AOH” was changed to just Ladies AOH.

Dropping the term “Auxillary” made the two equal. That was memorialized in 2007 when the Ladies AOH became a charitable organization in its own right organizations and officially became the “Ladies Ancient Order of Hibernians, Inc.”

The Ladies AOH also held their convention in Pittsburgh at the same time as the AOH convention and reaffirmed their preference to stay separate.

There are other good reasons to stay separate. Historically, the missions are different.

According to the Ladies AOH website, “The original purpose of the Ladies was to protect young immigrant Irish girls coming to the United States, to assist them in securing employment, give them the opportunity to maintain their culture, and keep them from becoming homesick and discouraged.”

That was a very notable ambition at a time when thousands of girls landed friendless and alone and were ripe for exploitation.

The men’s group was very different. Founded simultaneously in Philadelphia and New York in 1836, the AOH was originally created to counter the anti-Irish and anti-Catholic wave that swept across America as Irish immigrants arrived. Tens of thousands joined, including one famous name –JFK was a member, joining in 1947.

The anti-Catholicism came to a head in 1844 when the old Saint Patrick’s Church in Manhattan, the very icon of the Irish Catholic presence in America, was viciously attacked. It was the AOH who answered Bishop John Hughes’ call for help.

According to Manhattan historian Tom Miller, “anti-Irish prejudice threatened it nearly from the start. In response, the Ancient Order of Hibernians established its headquarters across the street from the cathedral, for one reason, to protect it. That protection became necessary in 1844 when anti-immigrant and anti-Catholic mobs moved on the church in an attempt to burn it.

According to Miller, “Bishop John Hughes assembled the Hibernians and other parishioners behind the brick wall surrounding the cathedral. The defenders punched holes in the wall for their muskets and fought back the rabble who were chanting ‘paddies of the Pope’ and other deriding slogans. Nevertheless, the crowd managed to smash many of the fine glass windows with flying bricks and stones.

“Not to be intimidated, the Bishop wrote to Mayor James Harper threatening ‘Should one Catholic come to harm, or should one Catholic business be molested, we shall turn this city into a second Moscow,’ referring to Napoleon’s somewhat recent siege of that city .” The mob withdrew.

In the modern day, the AOH has continued the good fight as has the Ladies AOH to help Irish immigrants and bring a lasting settlement of peace and Irish reunification. The fact that the women, at their own behavior, act separately is irrelevant to the goals they pursue. They both do fine work.