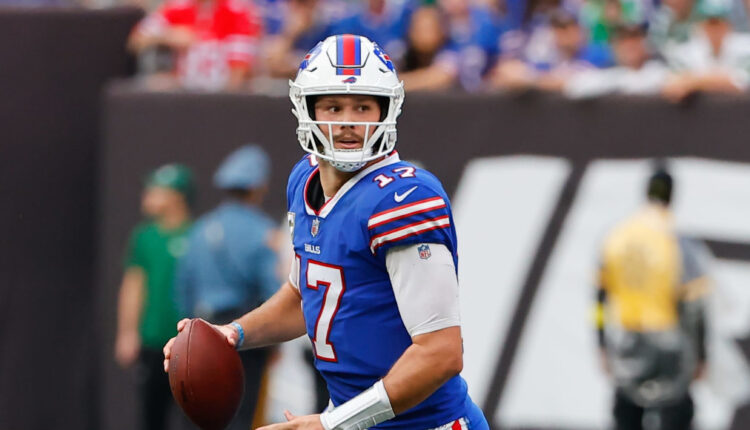 Buffalo Bills quarterback Josh Allen believes he won’t need surgery to repair the elbow injury that limited him in the second half of the season.

“We don’t think surgery is necessary at this point,” Allen told reporters.

Allen added that rest and recovery will help with the injury that will happen this offseason after the Bills were eliminated in a 27-10 loss to the Cincinnati Bengals on Sunday.

The 26-year-old suffered a UCL sprain in his throwing arm in November and he admitted on Monday it had hit him throughout the year, although he hadn’t missed a beat:

Josh Allen said he felt he needed to change his mechanics a bit after his elbow injury. He said two weeks ago he felt normal with his throwing motion.

The Wyoming product originally suffered the injury late in the fourth quarter of Buffalo’s 20-17 loss to the New York Jets on Nov. 6.

Given how much the Bills put on Allen’s plate, it’s remarkable that he’s been so persistent throughout his NFL career. He hasn’t missed a start since Week 11 of his rookie season and has played every regular-season game for the past four years.

The quarterback was an MVP candidate for much of the 2022 season with a total of 4,283 passing yards and 35 touchdowns plus 762 rushing yards and seven other scores. The superstar was one of the main reasons Buffalo was considered a Super Bowl contender for most of the year.

After leading the roster to a first-round playoff win over the Miami Dolphins, Allen saw his season come to an end in the divisional round for the second straight season. The Bills are now hoping he recovers well in the offseason and can hit a deeper run in 2023.