Bills’ GM Beane: Buffalo will not “overreact” to a game. 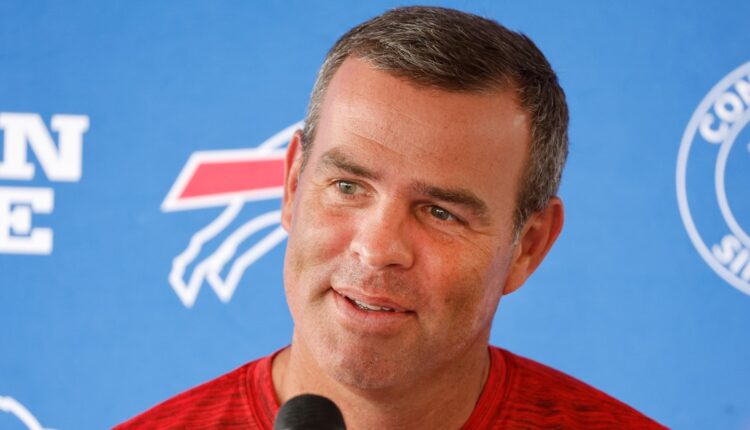 The Buffalo Bills general manager addressed Sunday’s loss to the Bengals and upcoming offseason decisions in his final press conference of the season.

ORCHARD PARK, NY — After the Buffalo Bills were eliminated from the playoffs for a second straight season in the AFC Divisional Round and their weakness was exposed in a 27-10 loss to the Cincinnati Bengals at home, general manager Brandon Beane said he be it I will not “overreact” to a loss.

“I mean we won 13 games. I think we have a good team. We didn’t show what team we are the other day,” said Beane.

“I mean, nobody’s been chasing us out of the gym very often. They played a very good game and we didn’t have it the other night.”

The Bills will now have to make some tough decisions in the offseason while competing against the NFL’s salary cap. Safety Jordan Poyer and linebacker Tremaine Edmunds have unsigned free agents heading into the offseason.

“The short answer is … we need to get under the cap,” Beane said. “Moves… could be roster cuts… and that’s all the free agents you know aren’t on the books… There’s not going to be a Von Miller signing or anything. We’re going to have to work to get below the ceiling so we can operate next year.”

The Bills are coming off an emotional season that ended with Damar Hamlin returning to Highmark Stadium for the first time after Buffalo’s Week 17 matchup against Cincinnati was eventually called off when a hit sent the Bills’ safety into onfield cardiac arrest.

“Knowing when we have to retire from football at certain times and we just have to talk about life for a minute, which is hard for a coach,” Beane said of Bill’s head coach Sean McDermott, who guided his players after the horrific situation . He also expressed his confidence in McDermott’s coordinators, Ken Dorsey and Leslie Frazier.

“(The loss) wasn’t due to a lack of effort. People think all these players did such a great job fighting their way through (adversity)… That’s no excuse.”

#Bills GM Brandon Beane: When we made the playoffs, we weren’t in a groove like we were in 2020 and 2021…I don’t want to overreact to one game. @wgrz

Upper West Side businesses on edge after string of break-ins