Biden nominee would be first LGBTQ federal judge in Virginia 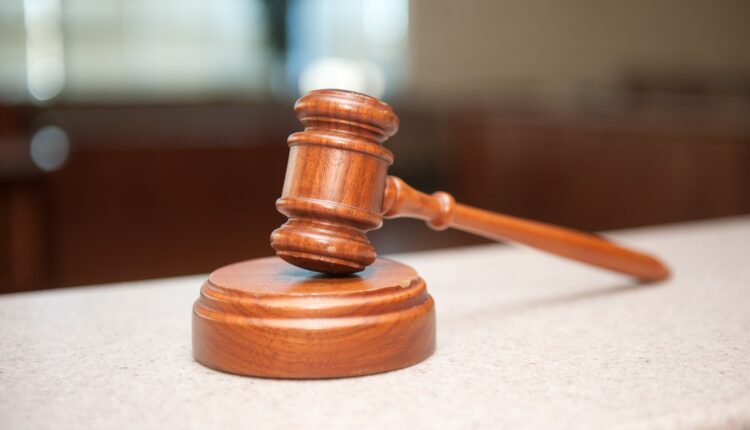 Jamar Walker, nominated to serve on the US District Court for the Eastern District of Virginia, was one of six judicial picks announced Wednesday.

WASHINGTON (CN) — President Joe Biden announced six nominees to serve on the federal bench Wednesday, including an Eastern District of Virginia nominee who would be the first openly LGBTQ district or circuit judge in the state’s history.

The latest round of nominees comes just one day after Biden announced five other picks to fill judicial vacancies, indicating the administration’s intent to put forward prospective judges at a rapid pace in the lead-up to the November midterms.

Jamar Walker, Biden’s nominee to serve as a US district judge in the Eastern District of Virginia, is slated to become the first openly LGBTQ judge to sit on a federal district or circuit court in Virginia.

Walker is an assistant US attorney in Virginia, a role he has held since 2015. Prior to his time as a prosecutor, Walker was an associate with Covington & Burling in Washington, DC

At the start of his career, he clerked for Judge Raymond Jackson, the senior judge on the very court Walker is set to serve on. He earned his undergraduate and law degrees from the University of Virginia.

She spent several years in private practice and worked for more than a decade as a public defender with the Massachusetts Committee for Public Counsel. Guzman earned her undergraduate degree from Clark University and her law degree from the Boston University School of Law.

Jorge Alberto Rodriguez is Biden’s nominee to serve as a district judge for the Northern District of New York. If confirmed, he would be the first Hispanic judge to ever serve on the court.

Rodriguez has spent the past eight years as an assistant attorney general in New York and previously spent several years in private practice. At the start of his career, he was an associate at the Albany, New York, office of Daily & Glastetter and at the metropolitan office of Money & Keane. He earned his undergraduate and law degrees from Vanderbilt University.

Biden also nominated Judge Robert Stewart Ballou to serve as a federal district judge in the Western District of Virginia.

Ballou has worked as a magistrate judge in the western district for more than a decade. Before becoming a judge, he spent nearly two decades with the law firm of Johnson, Ayers & Matthews in Roanoke, Virginia. He began his career clerking for a judge on the United States District Court for the Eastern District of Louisiana and earned both his law and undergraduate degrees from the University of Virginia.

In addition, the president nominated Kymberly Evanson and Jamal Whitehead to fill vacancies on the US District Court for the Western District of Washington.

Evanson is a partner at the Seattle-based office of the Pacifica Law Group. She previously worked as an associate at the international law firm of K&L Gates and began her career as a law clerk on the US District Court for the District of Columbia, She earned her undergraduate degree from Seattle University and her law degree from Georgetown University.

Whitehead is a shareholder at the Seattle law firm of Goldmark & ​​Bender, which focuses on trial representation. He spent several years as a senior trial attorney at the Equal Employment Opportunity Commission’s office in Seattle and was an associate at the law firm now known as Foster Garvey. He earned his undergraduate degree from the University of Washington and his law degree from Seattle University School of Law.

Sign up for the Top 8, a roundup of the day’s top stories delivered directly to your inbox Monday through Friday.

Jamesville Beach closed for swimming after algae spotted in water