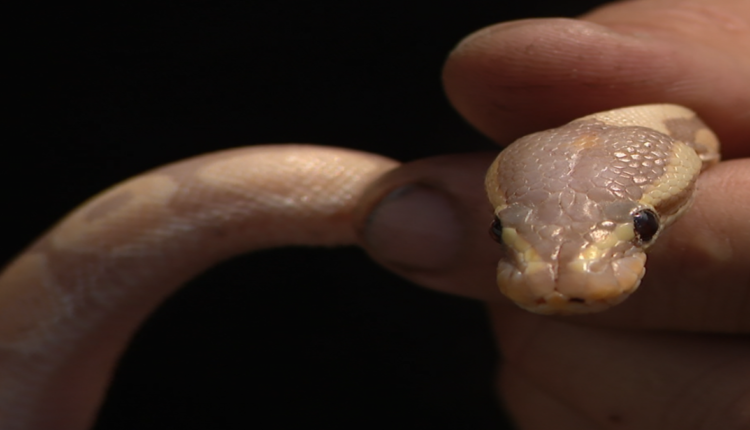 A ball python was found in the hallway of an apartment complex in Port Jefferson Thursday, according to Strong Island Animal Rescue.

Frankie Floridia says he received a call from the Suffolk County Police Department about the snake, so he brought a tank and proper gloves to help contain it.

He says the species of snake eats live small animals and could become a threat to the public as it gets bigger it.

The ball python found can grow to be 3 to 4 feet long.

Florida says the snake was likely someone’s pet that escaped.

“Please, if your animal goes missing – report it,” Florida says. “That way we can get an idea of ​​what we’re looking for and where to find it.”

Florida says the ball python will be up for adoption in a couple of days as long as the snake gets a clean bill of health.

He says it takes a lot of responsibility to own these types of animals – and secure tanks and experience is suggested.

Anyone who has a ball python or other animal that is illegal in certain areas can hand them into the SPCA without penalty.