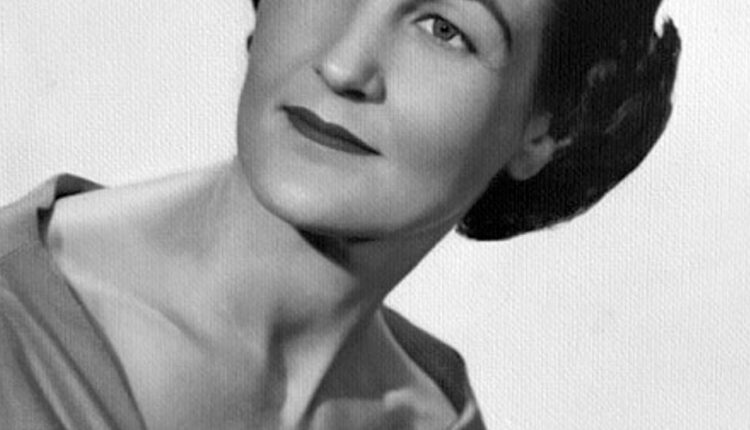 THE LIFE AND TIMES OF ANNA KAES REYNOLDS

Anna Kaes Reynolds was born August 11, 1920 in Palestine, Texas, and was the first child of Walter Phillip Kaes and Steffanie Schwab Kaes. Anna’s soon had a sister, Mary Elizabeth, born one year later 1921. Anna’s birth certificate records her middle name as “Amelia” which she used until 1959 when she had it changed to “Kaes”.

Anna began Palestine High School in1934 and graduated early at the age of sixteen in 1937. During high school, she realized she wanted to become a medical nurse. Because she was a girl, she had to fight with her principal and some teachers to enroll in premedical courses needed to apply for Nursing School – like Biology and Chemistry. Her teachers were of the mindset that most young ladies grew up, married, had children and kept house. Anna’s persistence and performance won the day and she got to take the courses she needed. When she was 16, her senior year in high school, her father was seriously injured while working for the Missouri Pacific Railroad in Longview, Texas. The heel of one of his feet was crushed in a train car switching incident and he had to be hospitalized. He developed an infection and gangrene and his doctors recommended he have his entire leg amputated. When his doctors told him they wanted to amputate, her father told Anna “It is up to you. We will do whatever you think is best”. Anna had a different idea. The night before the scheduled amputation, Anna read a medical article that suggested her father’s case could be treated successfully with a below-the-knee amputation rather than an entire leg amputation. She told her father’s doctors that is what he and she both wanted and that is what was done. Anna was the only family member allowed in her father’s hospital room because her mother was hospitalized for pneumonia. Following the amputation, Anna experienced nursing firsthand for the first time. She cleaned and dressed the amputation stump and helped her father get fitted for and learn to wear a prosthesis and learn to walk again. They would go fishing together and when he fell in the river she would pull him out, retrieve the prosthesis and they would continue fishing or head home. Upon graduation from high school Anna was too young to apply to nursing school. After graduation she worked for a year in her hometown as a bookkeeper and at a grocery and meat store one block from her family home.

She was persistent in her dream of becoming a nurse and was accepted for Nursing Training at Memorial Hospital in Houston, Texas where she began her education and training 1938, graduating in May 1941 as a Registered Nurse.

Anna, possessing the spirit and drive of a true patriot, wanted to use her nursing skills in service to the United States of America. In the early years of WW II, she joined the United States Navy, taking her oath of allegiance as an Ensign in the Navy Reserves in January 27, 1942. On March 3,1942, she reported to her first duty station in Jacksonville, Florida . While in Florida, she also had assignments in Miami and Key West. In 1943 she received an assignment to the US Naval Hospital in Corpus Christi, Texas. In March 1944 Anna was transferred to the US Navy Dispensary in Guantanamo Bay, Cuba. In June 1945 she received orders for transfer to the US Naval Hospital in Oakland, California. During the above time, Anna received her first promotion and assumed the rank of Lieutenant Junior Grade, US Navy.

Anna acquired a deep appreciation and respect for the field of Surgery after working with varied medical staff, providing care of her patient’s both preoperatively and postoperatively. She was encouraged by US Navy surgeons and her surgical nurse colleagues to apply to anesthesia school. She applied to what was accepted and completed her training as a Nurse Anesthetist at the School of Anesthesiology, University Hospitals of Cleveland, Ohio in May 1948. In becoming a Nurse Anesthetist, Anna found, to quote her, “the most fulfilling and wonderful career ” she could have ever imagined. After completion of Anesthesia School Anna advance to the rank of Lieutenant. Her first duty assignment as a nurse anesthetist was at the US Naval Base Hospital, Portsmouth, Virginia beginning in mid 1948.

During her tour of duty at the Portsmouth, Virginia Naval Base, Anna was assigned to be Assistant Operating Nurse as part of the medical team to develop and refine a US Navy Mobil Surgical Trailer. This concept was possibly a precursor to the later developed and deployed US Army Mobil Army Surgical Hospital (MASH) field hospitals first used so successfully in the Korean War. The medical team never completed development of this concept as multiple members were deployed throughout the world on their next duty assignments. Anna was on to other assignments. Her next one was as a Nurse Anesthetist assigned to the US Navy Hospital in St. Albany, New York where she reported for duty in the summer of 1950.

With the advent of the Korean War in 1951, Anna’s New York duties were expanded. In March 1952, she reported to the US Navy Base in Long Beach, California and assigned to the US Naval Hospital Ship “USS Repose”. The “Repose” was initially launched in 1943 as a type C4 class commercial ship named the “Marine Beaver”. In 1944 she was converted to a Haven -class hospital ship, commissioned in May 1945 and launched to provide medical support for USA combat forces fighting in WWII, then used in the Korean War and brought back into service in the Vietnam War. She had a hospital bed capacity of 750 beds and a crew complement of 564 personnel.

On February 28, 1959 Anna was married to Charles W. (Bill) Reynolds, MD in a ceremony at All Saints Episcopal Church, in San Diego, California. Anna married into a family of three children: Mary Ann Reynolds, William Reynolds, and Marilyn Reynolds Paa. Shortly after, Anna had her middle name “Amelia” changed to “Kaes,” honoring her father’s last name. That same year Anna requested a change of duty station to a US Navy activity in the San Francisco, California area to establish a home close to where her husband Bill was practicing medicine in Alameda, California. While waiting to hear from the Navy about her request for relocation, she was transferred and served for a time at the US Navy Dispensary, Mare Island San Diego, California. Anna’s request for relocation was accepted and her last duty station was the US Naval Hospital in Oakland, California.

In October 1961 Anna requested voluntary retirement from the US Navy and her request was granted. On April 1, 1962, Anna was retired from active duty with the US Navy with rank of Commander. She had given 20 years of devoted service to her patients, colleagues and her country. During her illustrious Navy career Anna was awarded the following medals and campaign ribbons:

Anna continued her nursing career in the private sector, following her retirement from the Navy, in the San Francisco Bay area. She worked as the Head of Nurses at Alameda Hospital, in Alameda, California from 1964-1968. She then worked at Eden Medical Center in Castro Valley, CA, from 1969-1972. Anna and her husband, Dr. C. William Reynolds, moved from Alameda, CA to Capistrano Beach, CA in 1972, where he practiced anesthesia. They then moved to Merced, CA where he worked at Mercy General Hospital for several years and retired in 1982. Anna was a devoted wife and nurse until his passing in June,1994.

She was an active member of the United Methodist Church of Merced and volunteered on several committees. She thoroughly enjoyed and loved her two dogs, Herr Hund and Herman.

Anna passed away peacefully, on June 19, 2022. She had been surrounded by loved ones before she entered eternal rest. She lived a full life of 101 years.

She requested that the Department of Navy disperse her ashes in the Pacific Ocean, outside San Diego.