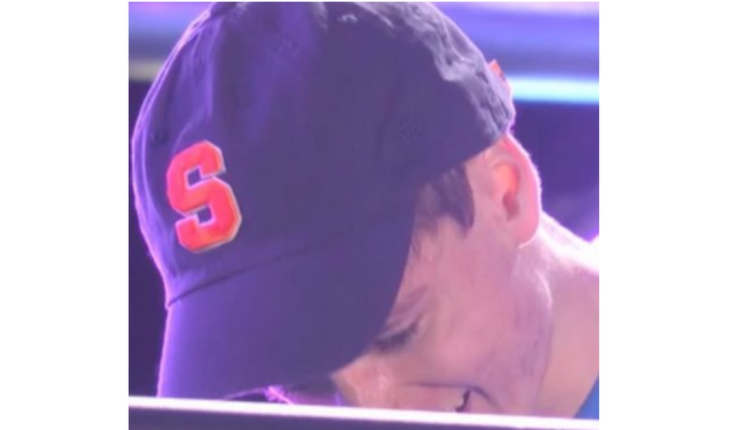 Fans of “American Ninja Warrior” will have a last-minute rooting session for a new Upstate New York contestant.

Jay Lewis, 18, appeared in the latest episode of “American Ninja Warrior” that aired on July 18. Lewis tackled the Power Tower at lightning speed all while climbing and pushing through 50-pound barriers. After completing the course and hitting the buzzer in nearly four minutes, the 18-year-old pulled out a Syracuse University cap and announced that he’ll be attending the university in the fall.

Fans gather in the comments congratulating the incoming freshman. The university’s Instagram shared the video with the caption “We think you made the right choice.”

According to Distractify, the incoming freshman has been preparing for “American Ninja Warrior” since he was 14. He received stardom after reaching the semifinals of the competition. Recently, Lewis competed against his mentor-turned-rival, Joe Moravsky.

Lewis isn’t the only contestant trying to win Upstate New Yorker’s hearts. This season, Anthony Eardly, 31, is also competing in “American Ninja Warrior.” Both Lewis and Earthly have won their ticket to Vegas for the 2022 Las Vegas Finals.

Where can I stream ‘American Ninja Warrior’ FREE?

Cable subscribers can log in to NBC.com with their cable credentials to enjoy a free live stream of the channel.

Cord cutters can sign up for free trials of fuboTV, DirecTV Stream or YouTube TV to enjoy free broadcasts for a limited time.

What is “American Ninja Warrior” about?

According to NBC, “Men and women from all walks of life and every corner of the country come together to pursue their common dream of reaching Mount Midoriyama on the world’s most notorious obstacle course. Each possessing an inspiring story and a memorable personality, these unrivaled athletes push through seemingly impossible tests of strength and endurance. Though few have ever finished the course, the challengers stop at nothing as they take on a growing number of competitors and an ever-changing set of obstacles.”

Body found in trash can in Buffalo Bayou, police say