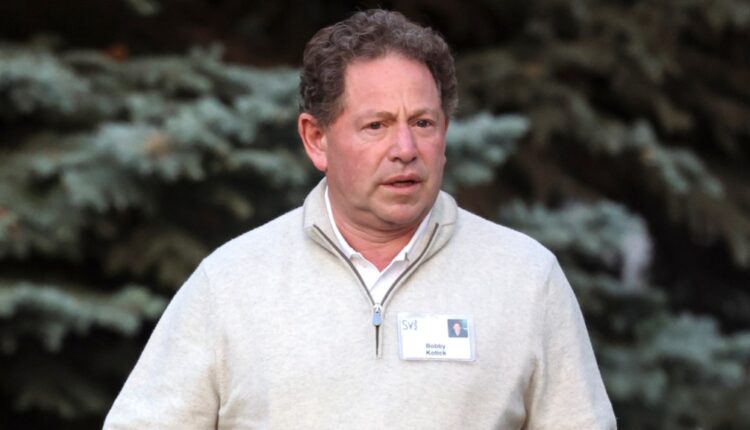 Activision Blizzard reported lower year-over-year earnings and revenue for its second quarter, after the company saw lower engagement for its Call of Duty franchise and lower bookings for World of Warcraft.

The company reported net revenue of $1.6 billion, down from the $2.3 billion in the year-earlier quarter. It reported earnings per share of 36 cents, compared to $1.12 a year earlier, as the company says it continues to make investments in technology and staffing.

Activision Blizzard reported active users 361 million monthly active users, down from 372 million in the prior quarter.

“Our acquisitions this past quarter of Proletariat and Peltarion further boost our development resources, including our artificial intelligence and machine learning capabilities. Even in a challenging economic environment, with so many companies announcing hiring freezes and layoffs, our development headcount grew 25% year-over-year as of the end of the second quarter. Our talented teams are planning to release exciting new Call of Duty, World of Warcraft and Overwatch content later this year,” CEO Bobby Kotick said in the earnings release.

“While the company remains aware of risks including those related to the labor market and economic conditions, and we still have significant execution ahead of us, we expect these releases to increase our global audience, deepen community engagement and drive year-over-year growth in player investment in the fourth quarter and beyond,” the earnings release reads.

The gaming publisher did not issue guidance for the upcoming quarters due to its pending acquisition by Microsoft, however it said it expects GAAP revenue and EPS to remain lower year-over-year in the second half of the year.

Microsoft announced a $68.7 billion deal to buy the video gaming publisher in early January. If the deal is completed, Microsoft, which owns Xbox, would become the third-largest gaming company, in terms of revenue. The transaction is expected to close in Microsoft’s fiscal year ending June 30, 2023 and has been approved by the boards of directors of Activision Blizzard and Microsoft and by Activision Blizzard’s stockholders

“Of course, we look forward to completing our pending $95 per share all-cash transaction with Microsoft as soon as possible,” Kotick stated on Monday.

However, the deal has faced regulatory scrutiny, with Britain’s Competition and Markets Authority becoming the latest to launch an investigation into the planned merger.

The company’s second quarter ended June 30. On July 1, Activision Blizzard converted close to 1,100 US temporary and contingent employees to full-time workers, as part of a larger union push with the company. This change raised workers’ minimum hourly wage to at least $20 an hour, which will likely also bring added costs.

The company recently saw its second unionization effort with quality assurance testers in Albany, New York asking for voluntary recognition of their group on July 19. This comes after workers at a Wisconsin Activision Blizzard subsidiary voted in May to unionize.