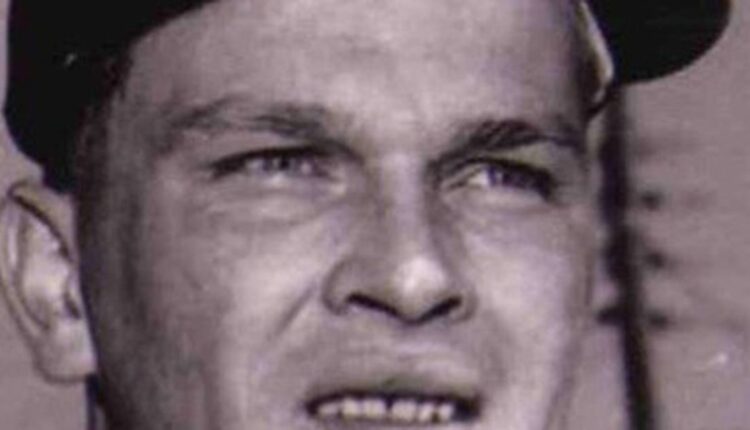 Duser was a left-handed pitcher for the Kansas City Athletics in the late 1950s, going 1-1 with a 7.88 ERA in eight innings.

But those numbers don’t even come close to telling the full story of Duser, who died on January 5 at the age of 90. He had a remarkable life and few, if any, regret that a potential MLB career was cut short by a horrific car accident that left him four months short of earning a large pension.

Born in Hazleton, Duser graduated from Weatherly Area High School, where he scored 1,000 points and had a burgeoning baseball career that was cut short by military service in the Korean War.

He returned to baseball and worked his way up the ladder. After playing a couple of times with the Athletics in MLB in 1956 and 1958, he played in the Pacific Coast League and was recalled by Kansas City. He was on his way to the team when he suffered a serious knee injury in a car accident.

“Unfortunately, a guy hit me head-on, went through the windshield and crushed my knee,” he said in a 2014 interview on John Pielli’s Passed Ball podcast. “I did not know, what I should do. I said something is wrong. The Athletics sent me to Albany, New York. Then they came to terms with the military hospital Walter Reed [in Bethesda, Maryland] that I will have an operation.

“But at the time, you just didn’t know. because the technology wasn’t what it was today,” he said. “Someone said the surgery might make it worse. So I decided to retire. I was only 27, but I didn’t want to take any chances. I could get away with it, but I couldn’t serve in the big leagues.”

Duser suffered a torn ligament in his knee and said if it had happened today with advanced technology he would have had surgery.

Duser settled in the Lehigh Valley, eventually working as a sales manager for Bethlehem Steel for 27 years.

But his time in professional baseball gave him a treasure trove of memories to share with family and friends.

For example, Roger Maris was his roommate in athletics and Tommy Lasorda was a teammate.

“Tommy was funny,” Duser said. “Whenever he had something to say, he just said it. However, he was a competitor. You had to go out and hit Tommy because he wasn’t going to hit himself. Roger was quiet but a really nice guy. Surprisingly, he hit 61 home runs in 1961 after they sold him to the Yankees. I was glad he made it. His record was the real record because he didn’t take anything to help him.”

Duser spent five years in the minor leagues, four of them at Triple-A level, winning 33 games. He struck out 274 in 499 innings. Back then it was difficult to get into the big leagues and stay there because there were so few teams.

“Back then there were eight teams in the American League and eight in the National League, and after expansion they added so many teams that you got great baseball, but it’s not as competitive as it was then,” he said.

Duser met other legends like Mickey Mantle and Billy Martin and once met his idol Ted Williams at a spring training game. Williams complimented Duser after meeting a double of him.

“I met him in the locker room and he told me I was fine and that I should hold on,” Duser said. “He asked me where I had been and I said I had served in the Korean War. He said it was nice to meet me and I just said, ‘Sir, it was a pleasure.’ I will never forget that.

Duser was not done with the sport after the end of his career in the Oberliga.

He officiated Division I college basketball, including the legendary Big 5 sell-out matchups at the Palestra in Philadelphia, managed the Heights AA and coached the City Line Little League program in Bethlehem. He also stayed active by playing fast pitch softball and golf, watching his children Kyle and Cindi play high school baseball and softball at the Freedom and later watching his grandchildren compete, including former Bethlehem Catholic football star Fred ” Boomer” Rice Jr.

There is no doubt that without the car accident, Duser would have stayed longer in the big leagues and made a lot more money, but he has no regrets.

“I can’t complain,” he said. “I had an opportunity that many other ball players never had, which was to get into the big leagues and play pro ball. I was lucky enough to be there for a while anyway.”

“He came from the coal region and was one of those hard-nosed, badass guys who loved to compete,” said his son-in-law Fred Rice Sr., a longtime coach at Bethlehem Catholic. “He didn’t give up an inch on the pitch. But he was so humble. Here he was this incredible athlete doing so many things and knowing so many people, but he didn’t talk about himself unless you asked him. They had to pull teeth.

“Aside from that sporting prowess, he never lost his temper. I’ve never seen him angry at anyone,” Ric said. “No one said a bad word about him. He was just a wonderful man. A really good guy. We will miss him.”

There will be an induction ceremony that evening at 5:00 p.m., followed by a Hall of Fame Social in the cafeteria annex. The recruits are then greeted at halftime of that night’s college boys’ basketball game between Allen and Whitehall.

The Whitehall-Coplay School District will induct members of its Class of 2023 between the JV and Varsity games against Emmaus on January 27 at 6:45pm.

The 1989 Whitehall softball team, which won the Eastern Pennsylvania Conference and District 11 titles 23-2, is honored. The team featured Stan Luckenbill as head coach and starred Lorie Erie and Meri Wall. Erie and Wall achieved college success in Kutztown and Lehigh, respectively. All three are members of the Lehigh Valley Softball Hall of Fame.

Also honored is Will Peifley, a member of the Class of 1959 who was a member of the baseball, basketball, and track and field teams. He continued his successful basketball career at East Stroudsburg University and then made his name as a girls’ basketball coach at Catasauqua High School, where he led two teams to Colonial League titles and helped the team to a perfect 22 in 1976-77: 0 regulars led the season.

The Eastern Pennsylvania Conference Fall Sports Scholar-Athletes were recently honored. Selection for the league’s top seniors is based on 40% academic achievement, 40% athletic achievement, and 20% extracurricular and community activities.

Holley comes to JMU after spending two seasons in North Texas (2021-22) where he held the same position.

Prior to UNT, Holley was Albany’s safety coach and passing play coordinator from 2018-20. He was part of a coaching staff that guided Albany to their first FCS playoff win in the 2019 season.

Holley began his coaching career in Arizona State (2015-17) where he worked with special teams and the defensive staff as an assistant and analyst for the Sun Devils.

He was a four-year starting safety at Pitt, where he played from 2008-2012. He was twice named to the Big East All-Conference Team, making the first team in 2011 and the second team in 2010. He finished his collegiate career with 244 tackles, 11 interceptions, 13 pass breakups and two fumble recoveries.

At JMU, he will be reunited with two of Pitt’s teammates, offensive coordinator Mike Shanahan and quarterbacks coach Tino Sunseri.

We depend on the support of our subscribers to fund our journalism. If you’re not already signed up, we hope you’ll consider subscribing. Are you already a print subscriber? If you have not already done so, please activate your digital access.