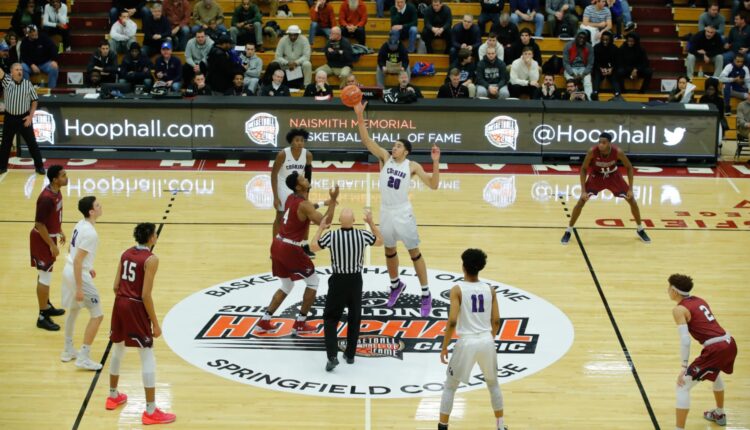 The 6-foot-6 Ducharme, who received a scholarship offer from the Orange nearly a year ago and officially visited the Hill in June, had two games on this EYBL stop in Kansas City, Mo., where he tallied more than 30 points.

His shooting percentages from the field as a whole and from beyond the arc were a little low, but that’s not surprising given the level of competition that the 2023 four-star shooting guard was facing.

Ducharme, who in recent weeks took official visits to the ‘Cuse, Penn State and Xavier, is a rising senior at the Brewster Academy in Wolfeboro, NH In the EYBL league, he is a stand-out for the Boston Amateur Basketball Club.

Syracuse basketball seems to be on the short list of strong contenders for Reid Ducharme.

I’m anxious to see whether Ducharme cuts down his list of those squads still in the running for him. I’ve seen him quoted in interviews as saying he may announce a commitment before his senior year at the Brewster Academy gets underway.

According to theseasonticket.com and the EYBL Web site, here are statistics for Ducharme during the latest session in Kansas City.

Amid the most recent EYBL slate of games during the live period, On3 national analyst Joe Tipton wrote in an article that “Ducharme has a smooth shooting stroke with good positional size. He has the ability to knock down the catch and shoot three or create his own shot off the dribble.”

Nationally speaking, ESPN has Ducharme at No. 83 across the country in the 2023 class. The industry-generated 247Sports Composite, at the time of this writing, rated Ducharme at No. 100 overall and no. 19 at small forward.