10 US real estate markets that are cooling the fastest 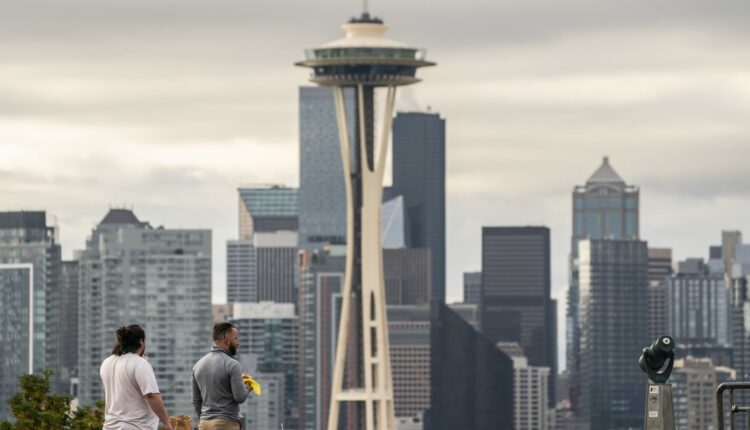 After staggering growth during the pandemic, the US housing Boismarket is starting to cool — and it’s happening fastest along the West Coast.

The quickest-cooling real estate market is San Jose, California, according to a new Redfin analysis, which ranked US metropolitan markets based on median sales prices, year-over-year inventory changes and other factors between February and May 2022.

Six of the top 10 markets are in California, including three in the Bay Area, with four other western cities rounding out the list.

More from Personal Finance:
Experts tackle three tricky questions about Series I bonds
If you’re heading to a new job, don’t forget about your 401(k)
These 4 midyear tax strategies can trim next year’s bill from the IRS

One of the top reasons for cooling throughout the country is rising interest rates, which have triggered “the affordability factor,” said Melissa Cohn, regional vice president at William Raveis Mortgage.

Indeed, costlier areas, such as Northern California, where homes may easily sell for $1 million to $1.5 million or higher, have been harder hit by 30-year fixed mortgage rates approaching 6%, the report found.

For example, if you’re buying a million-dollar home with a 20% down payment, your monthly mortgage payment may be roughly $5,750 with a 6% interest rate, depending on taxes and homeowner’s insurance, which is $1,400 higher than a 3% interest rate, according to the report.

Here are the US markets that have cooled the most over the past year, according to Redfin, and their median sale price as of May 2022.

Here are the US markets that have been slowest to cool over the past year, according to Redfin, and their median sale price as of May 2022.

While growth may be slowing in some markets, experts still aren’t expecting significant price drops in most markets.

“One of the reasons why we’ve had this frothy, overheated market is just lack of inventory,” Cohn said.

To that point, in Redfin’s analysis, some of the faster-cooling markets have seen more inventory come on the market. In Seattle, for example, inventory is up 40.9% from the prior year.

Home prices are still rising, but more slowly. The expectations for one-year median home price growth dropped to 4.4% from 5.8% in June, according to the Federal Reserve Bank of New York’s Survey of Consumer Expectations.

“The velocity of price increases will certainly decrease significantly,” said Cohn, predicting a “healthy normalization” of the real estate market.

One of the reason why we’ve had this frothy, overheated market is just lack of inventory.

With many buyers paying cash over the past couple of years, some purchasers have waived appraisals, inspections or even seeing the home in person.

However, the market shift may offer buyers more time to see properties, make an offer and purchase the right home, Cohn said.

What cooling markets mean for homeowners

If you recently purchased a home, you may have concerns about the home’s future value, especially in a cooling market.

“The good news is that these buyers most likely got locked into a lower interest rate, so the payments should be more manageable than someone buying now,” said Matthew Chancey a certified financial planner with CoastalOne in Tampa, Florida.

If you overbid on the property, you may be “underwater” in the short term, meaning you owe more on the mortgage than the home is worth, he said.

That’s not a situation you necessarily need to rush to remedy. Kyle Newell, an Orlando, Florida-based CFP and owner of Newell Wealth Management said underwater homeowners should funnel extra cash into savings for emergencies, such as a possible job loss, rather than racing to pay down the mortgage.

Experts generally recommend setting aside three to six months of living expenses. But some advisors suggest more for added flexibility.

‘An Arm and a Leg’: One ER Doctor Grapples With the Inequities of American Health Care