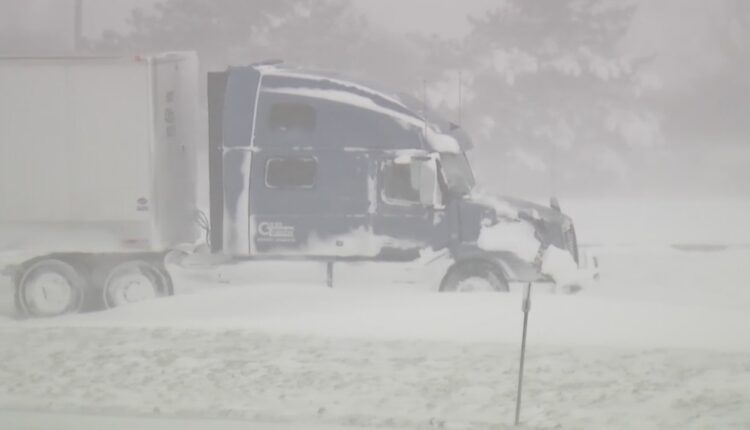 WILLIAMSVILLE, NY (WIVB) – With clear tarmac and melting snow, it’s hard to believe a week has passed since the deadly snowstorm began. After many, including truckers, were stranded by whiteout conditions, a local shop mechanic stepped in to help.

“They weren’t happy, most of them were scared. It was a scary situation,” said Jeff Schwartz, owner of J&J Truck Wash & Repair.

Fear is the first word that comes to Jeff Schwartz’s mind when he thinks about last week’s deadly snowstorm. He and his wife own J&J Truck Wash & Repair in Williamsville.

During that grueling, day-long whiteout, he hauled stuck articulated lorries off the road and protected the drivers.

“Incredible. that’s all I can say,” Schwartz said. “We couldn’t even plow the snow, we had to use a payloader to get them in. We managed it, but we got almost 24 on Sunday, Monday and Tuesday Worked hours a day just to get it up and running.”

Schwartz and his team worked around the clock in blinding conditions to clear nearby roads of large derricks.

He said many of the drivers were from the South.

“A lot of guys got caught and they didn’t winterize their trucks, they gelled,” added Schwartz. “You can tell these guys what to do, but no one listens.”

“Gelling up” was a major problem for stranded truckers. Arctic temperatures thickened the diesel and stopped trucks in their tracks. He sheltered stranded drivers and even helped state police dig out a stuck ambulance.

And Schwarz thinks an earlier travel ban would have been a big help.

“It was crammed out here with cars and stuff,” he added. “Of course we had articulated lorries out there and that clogged them up even worse. Yes, I think until the streets are clear they shouldn’t have lifted that ban.”

This is of course one of many stories we have heard. The manager of Jim’s Truck Stop Restaurant, who declined to go in front of the camera, said they provided food and shelter to more than 100 stranded drivers.

Patrick Ryan is an award-winning reporter who has been part of the News 4 team since 2020. See more of his work here and follow him on Twitter.