Where do the Buffalo Sabers stand in the Atlantic Division? 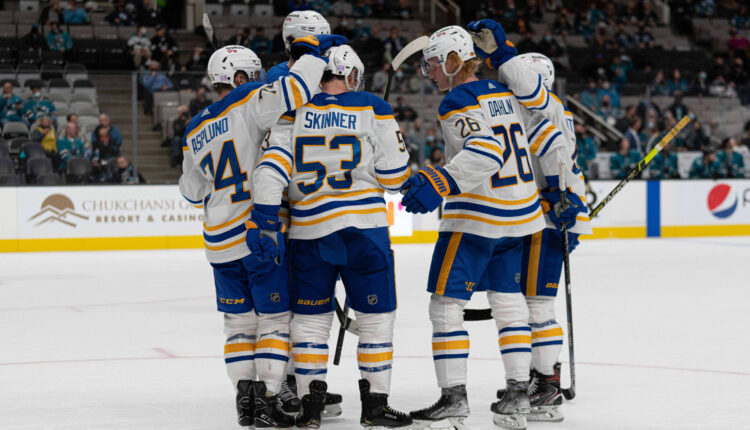 A few weeks ago, I released the Atlantic Division power rankings. Today, I want to talk about where the Buffalo Sabers stand against each division rival.

When you look at the Atlantic Division’s power rankings, you will find the Buffalo Sabers all over the place. Some will rank them as high as fourth, citing the Boston Bruins will take a step back. Others have ranked the Sabers seventh, but one common denominator exists whether they are ranked fourth, fifth, or seventh: Pundits have nothing but good things to say about this hockey team.

The Sabers are young and they are still somewhat inexperienced, which explains the lower ranking among some in the hockey community. But no one can deny the talent level general manager Kevyn Adams is building and in some cases, has already built.

So today, I wanted to discuss just how far the Sabers have come and how they stack up against their Atlantic Division rivals. Starting with where they stand against the defending Eastern Conference champions.

Where do the Buffalo Sabers stand against each rival in the Atlantic Division, starting with the Tampa Bay Lightning

When you look at what the Tampa Bay Lightning have done this offseason, you can’t help but think this team can repeat their success. Nikita Kucherov, Victor Hedman, Steven Stamkos, and Nick Paul are just a few names that stick out.

But those are just the cornerstones of today. The Lightning have a system in place in which names like Mikhail Sergachev, Ross Colton, Anthony Cirelli, and Brayden Point will rise through the ranks. Overall, the Lightning are everything general manager Kevyn Adams wants the Buffalo Sabers to become.

Right now, the Lightning are just too strong. Though I can see the Sabers at least give them a game in a couple of these contests and perhaps eek out a win. That said, I am projecting them to finish the season series with a 1-3 record against the defending Conference Champions.

They Lost Medicaid When Paperwork Was Sent to an Empty Field, Signaling the Mess to Come

July 2022 Was a Month of Global Heat Extremes