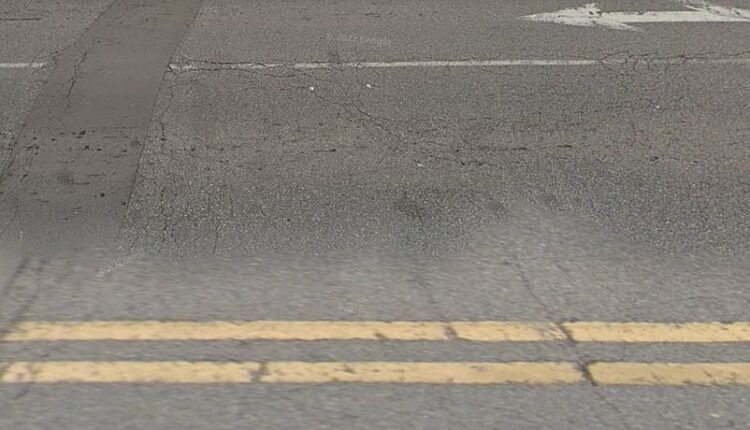 Summertime is the time for plenty of roadwork across Western New York but recently there have been some complaints about the finishing of some of the roads here in the 716.

Feel Good Mornings With Dave Fields. Weekday Mornings from 6-10am

Feel Good Mornings With Dave Fields. Weekday Mornings from 6-10am

Anytime you are on the road you are surrounded by lines. They help keep you in your lane, on the correct side of the road, and let you know when you have ventured off into the shoulder of the road. But what happens when the people doing the roadwork have an off day?

Well over the weekend, I see several posts on social media calling out the stripping of some of the roads here in Western New York. You decide if this is good or bad.

Not sure how this happened, but usually the lines down the middle of the street are straight, but this road looks like a child did the stripes, or maybe someone had a cold one or two, or three before trying to get these stripes down. But that wasn’t the only online criticism of the road stripes this weekend. Check out this Tweet from Channel 7’s Ed Drantch who also called out the horrible stripping on Forest Ave.

At what point do you look back and go, yeah I have to do this over again? These lines are not great. I assumed these were done on a Friday right near quitting time.

The 7 Most Buffalo Sentences You Will Ever Read

We asked people from all around Western New York to write the “Most Buffalo” sentence that they could think of. Many of them included food, sports, and beer and that really doesn’t surprise us at all.

If you have some extra money, are handy, and want to put in some elbow grease there are five homes here in Western New York that are currently listed for sale on Zillow for less than $25,000.

Check Out The Most Expensive Home For Sale In Tonawanda

You can find luxury living everywhere in Western New York.