Top 5 greatest forwards of all time on the Buffalo Sabers 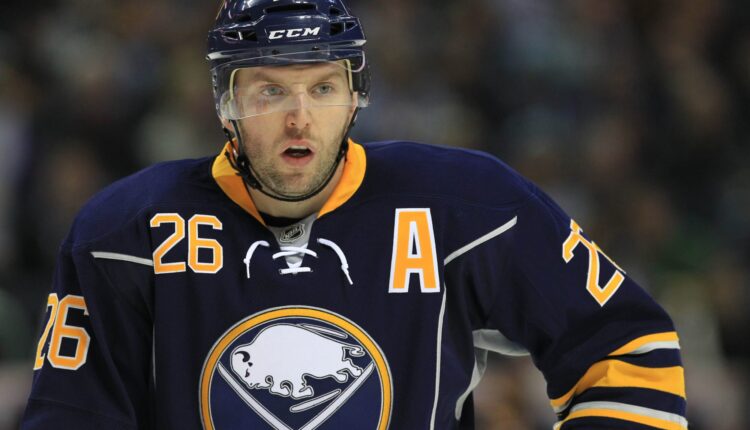 The Buffalo Sabers have had some of the greatest forwards in the history of the NHL. Here are the top five of all time, plus some honorable mentions.

The Buffalo Sabers have had so many top-scoring forwards that I could write several articles depicting the storied careers of each. But for the purposes of today’s article, only the top five forwards in the team’s history with an additional five honorable mentions will be discussed.

And while the Sabers saw some outstanding forwards in their early days, the top five actually outline each era in team history. So you will find players from the team’s earliest days, all up until the 21st century. But before we dive into the top five, let’s outline those who just missed the cut.

Pominville was one of the better two-way forwards for the Buffalo Sabers. He played for the franchise until the middle of the 2012-13 season and scored 521 points, 217 goals, and 304 assists in 733 games. Pominville also represented the Sabers in the 2012 NHL All-Star Game.

Satan spent the first year-and-a-half of his career with the Edmonton Oilers before he shifted to the Buffalo Sabers for eight seasons. During his time in Buffalo, Satan scored 456 points in 578 games, including 224 goals and 232 assists. He appeared in both the 2000 and 2003 All-Star Games.

Gare took third place for the Calder, and he often played second-fiddle to the French Connection. But he was a great player in his own right, spending eight seasons with the Buffalo Sabers and scoring 500 points in 503 contests, including 267 goals in 233 games. He earned a spot on as a Second Teamer on the NHL All-Star Team, and played in both the 1980 and 1981 All-Star Games.

Ramsay spent 14 seasons with the Sabers and like Pominville, he was a well-known defensive forward. He contended for the Selke on a regular basis, finally winning the award in 1984-85 at age 33. However, he also featured a fair scoring prowess, with 672 points, 252 goals, and 420 assists in 1,070 games.