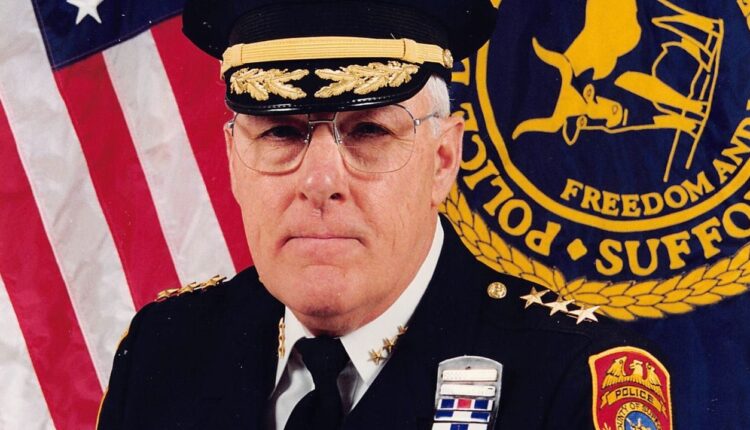 Thomas P. Compitello of Oakdale, who was one of the first members of the Suffolk County Police Department and rose through the ranks to become patrol chief, died December 16.

Compitello, who was with Suffolk Police for 48 years, retired as chief constable in 2008. He died of 9/11-related prostate cancer, said Pat Compitello, his wife at 63. He was 87 years old.

“How do I explain a great man?” Pat Compitello asked in a recent interview. “He was a wonderful husband and father.”

Deputy Insp. John Blosser said Compitello is a forward-thinking law enforcement officer who has been instrumental in expanding the department’s operations and capabilities. He was also an old-school boss who made sure his cops were doing things right — and also prioritized the welfare of his officers.

“He was a wonderful man to know and work for,” said Blosser. “He had excellent character and a set of values.”

Compitello was born and raised in Amityville and graduated from Amityville High School, his wife said. He later earned a bachelor’s degree from the New York Institute of Technology.

After serving in the Army, Compitello joined the Amityville Police Department in 1957. He joined his brother and cousin – also Amityville police officers – and joined the Suffolk Police Force soon after that agency was formed in 1960.

“He liked the Amityville Police Department but I think he thought there would be more opportunities in Suffolk,” said Pat Compitello.

Blosser said he began working with Thomas Compitello when Blosser was a lieutenant assigned to the patrol chief’s office in 1999. Compitello was chief of the patrol at the time.

Blosser credited Compitello with expanding the department’s emergency services division after 9/11, improving radiation detection and bomb squad capabilities. He was also responsible for the expansion of the aviation division which added a second base in Westhampton to serve the East End in addition to its base at Ronkonkoma.

As chief of the patrol, Compitello oversaw the full opening of the Seventh Precinct. The precinct had just housed detectives and Community Oriented Police Enforcement (COPE) officers, but no patrol officers.

Compitello enjoyed golf, fishing and boating – his wife said they spent many happy days on the Great South Bay – and he was deeply devoted to his children and grandchildren. He tried to attend as many of their ball games and school events as possible, she said.

In addition to his wife, Compitello is survived by his three children, Thomas Compitello of Hauppauge, Manon Ciancimino of Sayville, and Jaymie Karounos of Long Beach; a sister, Jeanette Ingenito; and seven grandchildren.

Friends and family members gathered for a wake at the Raynor & D’Andrea Funeral Home in West Sayville on December 21. A funeral mass was celebrated on December 22 at St. Martin of Tours Roman Catholic Church in Amityville. Burial took place at Long Island National Cemetery.

Compitello’s family asked for contributions to be made to the Tunnel to Towers Foundation.

Michael O’Keeffe is responsible for the Suffolk County Police Department and other Long Island law enforcement agencies. He is an award-winning journalist and co-author of two books, The Card and American Icon.