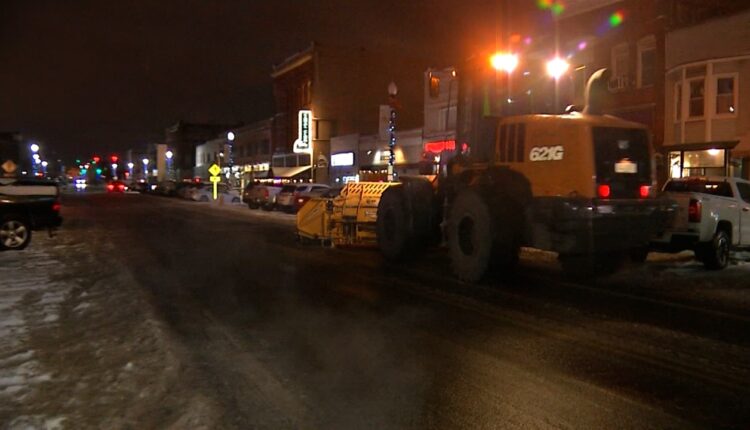 NORTH TONAWANDA, NY (WIVB) — From the Buffalo metro area to Lockport, roads were muddy and messy Wednesday afternoon. A mixed bag of rain caused some minor traffic delays during the evening commute and could cause problems Thursday morning.

Temperatures are expected to rise and then fall quickly, meaning rain or snow could refreeze by early morning.

North Tonawanda Mayor Austin Tylec says crews there will be ready to clear and salt roads. Crews were out in northern Tonawanda on Wednesday afternoon, and Mayor Tylec says they will be staying out overnight.

“We’ve had our four salters out the last few hours, a couple of plows. Definitely not full force, but I know the weather is going to get warmer and then freeze again, so we’re going to salt all night and clean up some of this mess,” Mayor Tylec added.

He felt the city weathered the December snowstorm well and said the public works department was efficient. He uses this knowledge gained for smaller snow events like this one.

“We don’t just go crazy, I would say, in storms. We’re very smart, conscientious about the use of our resources, and depend on our city employees to make sure people can commute and do what they need to do without wasting those taxpayer dollars,” Mayor Tylec said.

Drivers are urged to exercise caution on Thursday morning and allow extra time on slippery roads to reach their final destination.

Tara Lynch is a Buffalo native who joined the News 4 team in 2022 as a reporter. She previously worked at WETM in Elmira, NY, a News 4 sister station. You can follow Tara on Facebook and Twitter and find more of her work here.