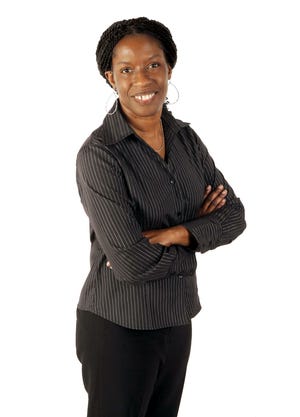 Sheila Rayam, executive editor of the Utica Observer-Dispatch and a Rochester native, has been named the next editor of The Buffalo News.

Rayam, who succeeds Mike Connelly, will guide a newsroom that’s faced the challenge of covering the aftermath of the May 14 racially motivated mass killing at a Tops supermarket in Buffalo. She becomes the eighth editor of The News, and the first Black editor.”Now more than ever, residents need information that can answer important questions and help move a community forward,” Rayam said. “As executive editor, one of my focus areas will be to ensure that the Buffalo News practices journalism solutions — reporting that goes beyond identifying a problem and seeks potential solutions for the community to consider.”

Added Rayam: “We will strive to tell stories that reflect the entire community we serve. I look forward to meeting with residents − from elected officials to grassroots organizers − to hear story ideas and to learn about the issues the matter most to you.”

Rayam will be moving to Buffalo after working 32 years for Gannett newspapers in Rochester and Utica.”We’re proud at Gannett of Sheila Rayam for becoming the first Black editor in Buffalo News history,” said Hollis R. Towns, Gannett’s vice president for local news initiatives. “Sheila has expanded her horizons and grown with each and every opportunity in her years with us in Rochester and Utica. She understands the role of local journalists in fostering community leadership and in leading difficult but necessary and inclusive conversations, and that’s what will guide her decision-making in Buffalo. We wish Sheila the very best.”

She is a 1990 graduate of the State University of New York College at Buffalo. She joined the Rochester Times-Union, the former afternoon newspaper owned by Gannett, as a clerk in the features department.

Over the years, she served in a variety of roles at the Rochester newspapers including reporter, copy editor, site manager for a women’s news site called herrochester.com, entertainment editor, social media editor and most recently community engagement editor and opinion editor.

In 2019 and early 2020, Rayam led the Democrat and Chronicle’s mobile newsroom strategy connecting every newsroom staff member with members of under-served communities in Rochester. She also was a leader in a regional Gannett working group that sought to improve public safety coverage by making it of greater value to communities most affected by crime.

In Utica, Rayam has fostered digital subscription growth and more entering news coverage at the Observer-Dispatch (www.uticaod.com), a news organization that dates back to 1816. She also oversaw The Times Telegram in Herkimer County and the Mid-York Weekly at Hamilton.

“Sheila has demonstrated the importance of listening deeply to journalists to members of the community whose voices too often have not been included or portrayed authentically in news coverage,” said Michael Kilian, executive editor of the Democrat and Chronicle and New York state editor for Gannett . “Her efforts have been transformative, and no doubt her leadership will be so similarly in Buffalo. We are grateful for her contributions.”A native of Rochester, Rayam is an active member of Zeta Phi Beta Sorority, Inc.