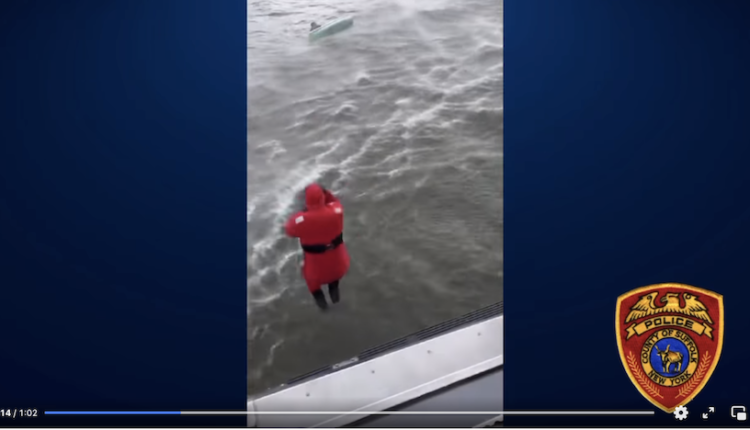 A Suffolk County police officer plunged into icy Narrow Bay early Sunday morning to save the life of a hunter whose kayak capsized.

A passer-by noticed Nicholas Shakalis, 34, floating helplessly in the bitterly cold water around 8:45 a.m. and called 911.

Suffolk County Police quickly responded by dispatching a helicopter command pilot Sgt. John Vahey. Lifeguard Police Officer Jonathan Jensen from the SCPD’s Emergency Services Division jumped into the bay to help Shakalis, who was clinging to his small watercraft near Pattersquash Island. See his exploits in the video below.

Shakalis was then flown to Stony Brook University Hospital where he was treated for hypothermia.

The SCPD helicopter flew to the scene to rescue a hunter whose kayak capsized in Narrow Bay. (Source: Suffolk County Police Department)