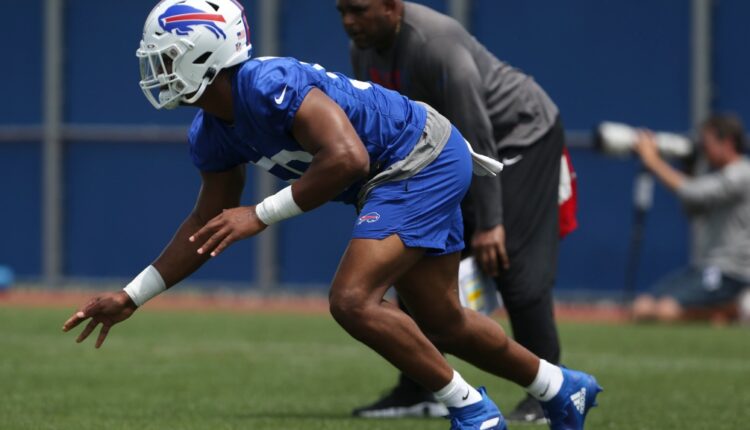 Buffalo Bills defensive end Greg Rousseau did not jump off the stat sheet with his efforts in 2021 as a rookie.

However, Pro Football Focus thinks he did well under the surface. The football analytics outlet has long noted Rousseau’s expertise against the run – now the hope is the whole package comes together.

In an effort to get Rousseau there the Bills signed Von Miller. The All-Pro pass rusher should be a jolt of energy into the Buffalo defense with his own talents in mind, but the plan is that Miller is a team leader that can rub off on some younger teammates.

While PFF dives into the fancy stats, that basic idea is what has the outlet thinking. In naming a “player of intrigue” for every NFL team, Rousseau was the pick for the Bills because of this.

Here’s what PFF wrote on Rousseau looking ahead to his second season in Buffalo:

Rousseau started all 17 games for Buffalo as a rookie, earning a 70.2 overall PFF grade — the best mark among rookie edge defenders. He also made his presence felt against the run, totaling 32 defensive run stops, which was tied for the most in the NFL among all edge defenders. The 6-foot-6 Rousseau added about six-to-seven pounds of muscle this offseason, which is noteworthy for a player who was considered “lanky” during the pre-draft process. The Bills signed future Hall-of-Famer Von Miller this offseason, and he’s already taken the 22-year-old under his wing, telling reporters that working with Rousseau is “like polishing a diamond.”