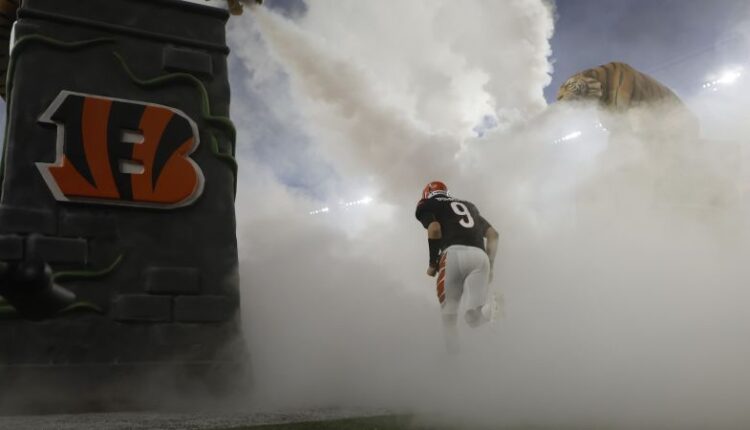 After the Kansas City Chiefs and Philadelphia Eagles defeated the Jacksonville Jaguars and New York Giants, respectively, all eyes turned to the remaining matchups of Sunday’s Divisional Round, which saw the Buffalo Bills take on the Cincinnati Bengals and San Francisco 49ers meet the Dallas Cowboys.

Here’s what else you need to know.

Twenty days after suffering cardiac arrest in a game against the Cincinnati Bengals, Buffalo Bills’ Damar Hamlin was present when the Bills faced the Bengals again, this time in the divisional round of the NFL playoffs at Highmark Stadium in Orchard Park, New York .

But the Bengals prevailed despite Buffalo’s home field advantage and Hamlin’s emotional encouragement inside the stadium.

The CBS coverage of the game showed Hamlin arriving in a cart and entering the Bills’ dressing room wearing sunglasses, a face covering and a jacket sold through his Chasing M’s clothing line with the hood pulled up. Hamlin’s mother Nina, father Mario and younger brother Damir were also shown entering the stadium.

Video later posted to social media showed Hamlin walking from the dressing room to an elevator while being shielded by security officers.

During the game, Hamlin’s presence was announced over the stadium’s public address system, to a standing ovation from the crowd at Highmark Stadium. CBS showed video of Hamlin cheering up the crowd by making his signature heart-shaped gesture with his hands and urging the crowd to make noise by raising his arms.

With a steady snowfall in western New York and all the emotions leaning toward the Bills, the Bengals came out of the gate strong. Two touchdown passes from Joe Burrow gave Cincinnati an early lead 14-0, and the Bengals went 17-7 at halftime.

The Bengals maintained a comfortable advantage and led into the fourth quarter by 14 points while Cincinnati’s defense smothered Buffalo’s offense throughout the contest. The Bills’ attack never gained momentum and only made it to the end zone once in the game.

Cincinnati now faces the Kansas City Chiefs in the AFC championship game. The Chiefs host the Bengals at Arrowhead Stadium next Sunday with kickoff scheduled for 6:30 p.m. ET.

The San Francisco 49ers defeated the Dallas Cowboys 19-12 to advance to the team’s second straight NFC Championship game on Sunday.

The San Francisco defense came out and shut down the Cowboys’ elusive offense. Cowboys quarterback Dak Prescott struggled against the unit, throwing for 206 yards, a touchdown and two interceptions. One of Dallas’ bright spots on offense was wide receiver CeeDee Lamb, who finished with 117 yards.

49ers rookie quarterback sensation Brock Purdy continued to transition from Mr. Irrelevant to Mr. Relevant. He improved to 7-0 as a starter after taking on the injured Jimmy Garropolo in mid-December. Purdy threw 214 yards to win.

The Cowboys’ kick battles appeared to be continuing from last week’s win over the Tampa Bay Buccaneers. Kicker Brett Maher had another difficult start after his extra point was suspended after missing four extra attempts the previous week. Maher bounced off the blocked kick and then knocked down two field goals.

The 49ers will now travel to Philadelphia to face the Eagles in the NFC Championship Game and have a chance to secure their Super Bowl spot for the second time since 2019. The game is scheduled for next Sunday at 3pm ET.

Rep. George Santos vows to have “surprise” for journalists staking out his office