Neighbors speak out against Buffalo Trace development in Anderson Co. 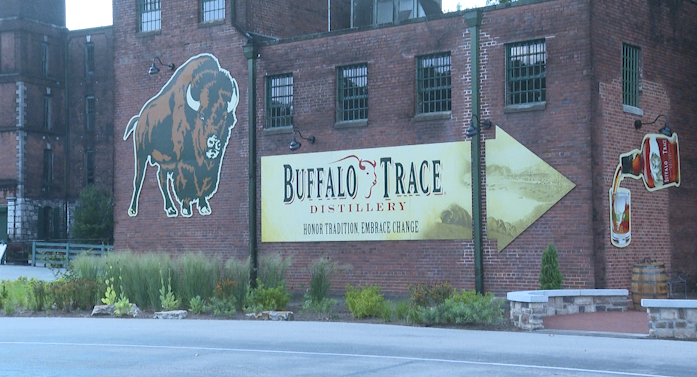 WADDY, Ky. (FOX 56) – After Anderson County officials voted 4-2 in favor of allowing Buffalo Trace Distillery to build two dozen barrel houses on local farmland, people who live near the proposed development are worried it will change their way of life.

The project would be located in Waddy on Grafenburg Road.

Although neighbors do see potential benefits of Buffalo Trace expanding it’s operations into Anderson County, but they still have one overarching question.

“You know local officials and Buffalo Trace themselves just don’t wanna seem to answer, even though we have asked repeatedly, is why this property, said Cody Alexander.”

Alexander has lived in the same home on Grafenburg Road for 15 years. The proposed barrel houses would be located across the street from his house.

He told me that during his time living on Grafenburg Road, he has seen many accidents since the road is rather narrow. He fears Buffalo Trace could bring other problems on the road.

Why Buffalo Trace has his eyes set on this property is unclear but in Alexander’s opinion, “They want a pretty picture to put on a brochure or in a commercial or on a website.”

Which is something Alexander believes local officials have no problem with.

“Our local officials are willing to go out of their way to hand this property over to Buffalo Trace no questions asked,” said Alexander. “And we have just not been able to get any answers why any other area in the county that’s available already, and is zoned industrial, why that’s not considered.”

Neighbors fear if Buffalo Trace gets its way, life just won’t be the same.

“I mean love coming out here every morning and looking out on this and it just breaks my heart that one day and not see that gorgeous view anymore,” Alexander said.

Alexander and his neighbors say they will continue to fight Tuesday’s vote, and will decide on their next move soon.

There has been no new response from Buffalo Trace, but a spokeswoman told FOX 56 in April the distillery was confident would benefit the community.