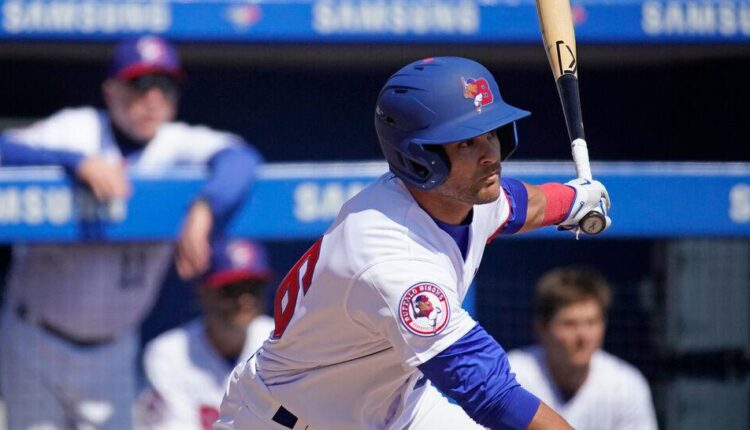 Khalil Lee’s two-run single in the bottom of the seventh inning Thursday lifted the Syracuse Mets to a 6-5 victory over the Buffalo Bisons in an International League game.

It was the first win for host Syracuse in the six-game series against their Thruway rivals.

Lee finished 3 for 4. Mark Vientos, Nick Plunmer and Brett Baty each added two hits as part of an 11-hit attack. Baty, a top Mets’ prospect, was recently promoted to Triple-A.

Vinny Capra belted a three-run homer to left field in the top of the seventh to briefly give the Herd a 5-4 lead.

Buffalo (56-51) scored two runs in the top of the fifth to take a 2-1 lead. Rafael Lantigua hit a home run to left field, his first with the Bisons, and Otto Lopez added an RBI single to score Colton Shaver.

Lopez and Zack Collins had two hits apiece for Buffalo.

Graham Spraker, the fourth of Buffalo’s five pitchers on the night, allowed two runs on two hits in an inning of work and took the loss.

The series continues at 6:35 pm Friday.