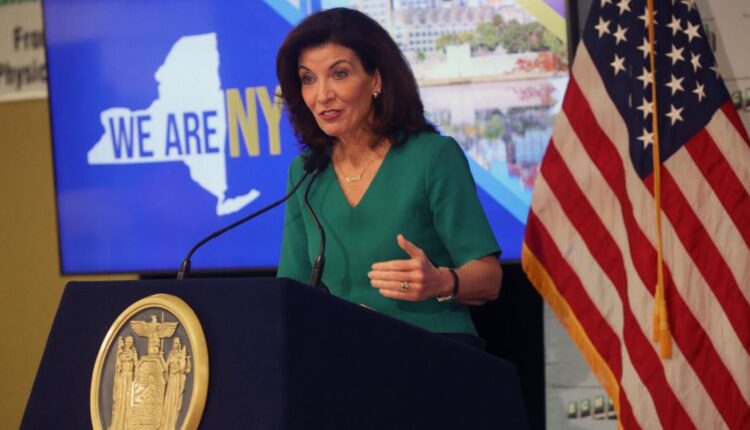 gov. Kathy Hochul will sign legislation Thursday making it easier for candidates to run for seats on the Buffalo School Board.

The legislation reduces the number of signatures required for nominating petitions. Instead of getting 500 signatures, candidates seeking district seats will have to turn in petitions with 200 signatures.

The threshold for those running for at-large seats will be lowered from 1,000 signatures to 400.

“As someone who began her career in local government, I know first-hand how important school boards and local elected offices are to communities in every corner of New York State,” Hochul said in a statement.

The goal of the legislation, sponsored by State Sen. Timothy M. Kennedy and Assembly Majority Leader Crystal D. Peoples-Stokes, is to expand the pool of candidates.

“It’s imperative that our school board has voices representing the best interests of all of our students, and this bill will create more opportunities to foster those kinds of comprehensive, inclusive bodies,” Kennedy said in a statement.

Cutting the number of signatures required to run for board seats is the next logical step to bring new ideas, new energy and new oversight to a school system that badly needs all three, Rod Watson says.

Six at-large board members will be chosen for three-year terms Nov. 8. They will take office in January.

The change in number of nominating signatures comes in the same year that school board elections will be held in November with the general election for the first time.

Supporters of moving the election from May to November, a measure signed into law in 2019, hope it will increase voter turnout.

It is also estimated that moving the election will save about $100,000 a year.

Get our local education coverage delivered directly to your inbox.

No, the Senate-Passed Reconciliation Bill Won’t Strip $300 Billion From Medicare

> US Department of Defense > Contract