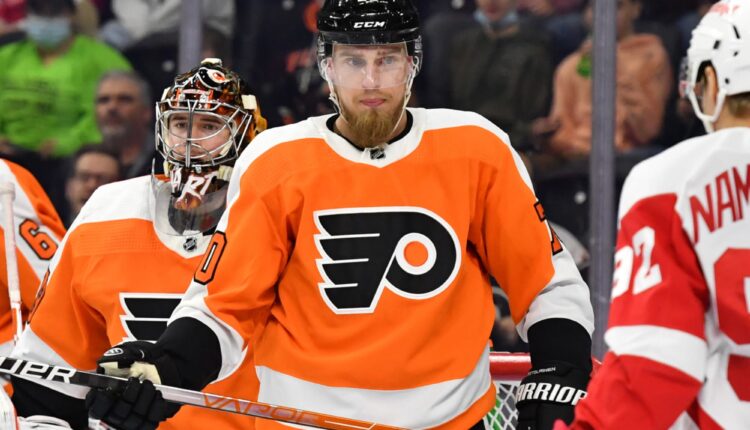 In July 2022, the Buffalo Sabers traded defenseman Rasmus Ristolainen to the Philadelphia Flyers for a first-round pick and Robert Hagg.

In 2021, the Jack Eichel trade will most likely stick in the minds of Buffalo Sabers fans for a while. But we cannot forget about two more trades that may have a lasting positive impact for the Sabers. One of which is the Rasmus Ristolainen trade, that saw the Sabers ship him to the Philadelphia Flyers and it has since warranted positive returns.

Now, some may say this trade is too early to grade, and it will be years before we look back on this trade and issue a final grade. However, it is also imperative to see where the trade stands nearly 13 months after it occurred. Let’s explore not just the trade itself, but even roster transactions that we can link directly to this trade.

The initial trade called for the Sabers to acquire defenseman Robert Hagg and a first round draft pick. That first round pick turned into Isak Rosen, who has since signed his rookie deal and treated Sabers fans to a good showing so far at the 2022 IIHF World Junior Championship.

Rosen spent his first season as part of the system playing in the SHL, but he will likely wind up in North America and find a spot on the Rochester Americans. He also has had the honor of playing on the first line at the IIHF World Juniors, so it shows you just how valuable of a player he is on the international level.

Unfortunately, the Robert Hagg deal did not work as the Sabers wanted, and they ended up shipping him to the Florida Panthers for a sixth round pick. That pick turned into Gustav Karlsson, who put on a show for Örebro HK J20 in 2021-22 with 31 goals, 17 assists, and 48 total points.

And the moves are not finished yet, as the Sabers also acquired a second round pick in 2023. If the Flyers have another rough season, the Sabers could add yet another solid name to their prospect pool.

Grade: B+ – While the Buffalo Sabers did not generate the same type of return that the Jack Eichel trade gave them, they still added two solid names to their prospect pool, plus a defenseman in Hagg who was able to hold the fort down until the Sabers moved him to Florida.

If Rosen plays well this season and Karlsson proves to be a steal, and if next season’s 2023 pick pans out, that grade can easily turn into an A. I will be revisiting this one a few times.