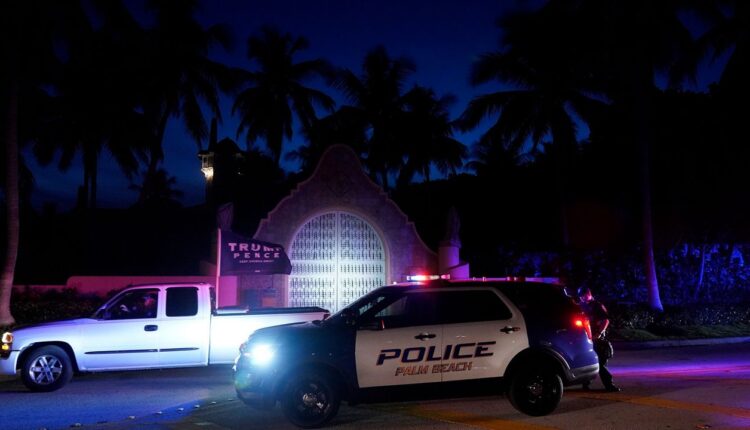 BUFFALO, NY — The FBI on Monday executed a search warrant of former President Donald Trump’s home reportedly in connection with the handling of presidential documents, including classified documents that may have been brought there.

As former special agent in charge of the bureau’s Buffalo field office, Bernie Tolbert may not have dealt with anything quite as high profile, but he knows the process well.

“I’ve had the experience of conducting arrests, obviously raids, searches, like every agent, quite a bit of experience doing those types of things,” Tolbert said.

He said even though the former president called what happened at Mar-O-Lago a raid, that’s not how he would categorize it.

“My understanding is the FBI notified the Secret Service that they were coming, and in fact, the Secret Service facilitated the bureau, the FBI agents getting into the property, so in that sense, that’s not a true raid because in a true raid, you don’t let anybody know your coming,” Tolbert said.

The former agent said an important thing to remember is no FBI investigation is done in a vaccum. Tolbert said in order to execute a search warrant, a judge or a magistrate has to authorize it.

“In this type of case, there would be that contact with locally the US attorney’s office on a national level. I assume this is being investigated by the Department of Justice so there would be that interaction, making sure that you have probable cause, that this meets the prosecutorial standards of the local laws, whatever they are that they have and there is that merit,” he said.

Tolbert said nobody is above the law, but investigators do have to operate differently depending on who the figure is.

“You don’t go investigate a former president, let alone conduct a raid, if you will, on his residence, you don’t do that lightly,” he said. “That has all kind of implications to it, not only from a political perspective but just in terms of our democracy and how we do things and what we stand for.”

Tolbert, who’s run for several local offices as a Democrat, said he doesn’t give much credence to Republicans, including the president, suggesting the investigation is political persecution or bureaucratic corruption. He said the DOJ had to expect those accusations.

“You have to be able to pass what I and others call the straight face test. Can you say with a straight face that you did this for the right reasons? If it doesn’t cut that mustard, then there’s an issue, there’s a problem,” Tolbert said.

He expects more information to surface, saying if the search warrant is the end of this, it supports Trump’s argument the search was political.