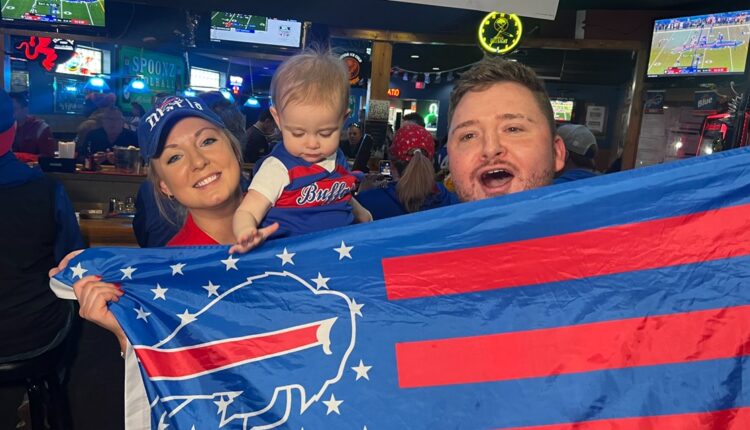 In Columbus, the Bills Backers raised more than a thousand dollars for the Columbus Community youth camp.

The group, The Central Ohio Buffalo Bill’s Backers, say they have gathered to watch the games for over 30 years and have spent the other 10 years at the Snoopz Pub & Patio to watch their favorite team and number three, Damar Hamlin, cheer.

“We put this together in 1989 and have been together all those years to cheer for the number one team,” said Bill’s backer, Tom Marshall.

But tonight’s game was even more special after an emotional week as Hamlin fought for his life in hospital following a dramatic cardiac arrest on Monday night.

“It’s been a rollercoaster ride all week from the game to the updates we’ve had. I shed a lot of tears this week,” said Bill’s backer, Jane Switzer.

Fans of all ages came out to show their support, like Madelyn Henricks, a young girl from New York who watches every game with her family. “On Monday night I cried and my parents were at the game and we’re so glad he’s doing better,” said Henricks.

His recovery – fans say – gives them hope in the fight for his life.

“The fact that he woke up and the doctor told him he won the game of life makes us even more loyal to him and his recovery,” said fan Ellie White.

The Central Ohio Bills Backers say many local fans have donated to Damar’s GoFundMe, which has more than $8 million. Locally, the Bills Backers have raised more than a thousand dollars for the Columbus Community youth camp.

The group says they’re running some raffles during the playoffs to raise more money to support the community on his behalf.