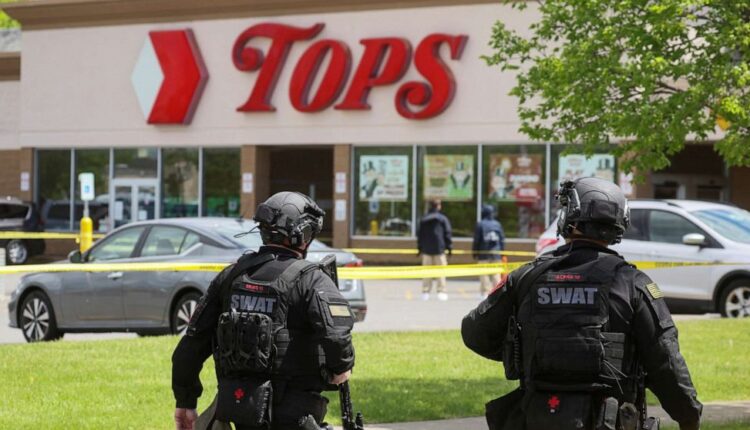 Two months after a white teenager allegedly killed 10 Black people in what authorities described as a racially motivated mass shooting, the Buffalo, New York, supermarket where the massacre occurred is set to reopen.

The store will open to the public again on Friday following a prayer service and a moment of silence scheduled on Thursday afternoon to honor the victims, store workers and community members affected by the May shooting, Tops Friendly Markets said in a statement. Tops executives, along with community members, local dignitaries and other guests are expected to be on-hand Thursday, two months to the day of the shooting, and the company said the store “will quietly and respectfully reopen to the public,” in its statements.

Thursday’s ceremony is scheduled to begin at 2:30 pm, marking the time the mass shooting began on May 14.

The store has undergone extensive renovations to repair the damage left by the mass shooting, in which the suspected gunman fired more than 60 shots from a high-powered, AR-15-style rifle, killing people inside and outside the Jefferson Avenue store and leaving three wounded.

Members of the Buffalo Police Department work at the scene of a shooting at a Tops supermarket in Buffalo, NY, May 17, 2022.

The store was turned back over to Tops after investigators spent five days combing through it for evidence. FBI officials said investigators used state-of-the-art, scene-scanning tools, spherical and drone photography, conducted a bullet trajectory analysis of the shooting and reconstructed the shooting while the store was declared a crime scene.

During a May 19 news conference, Tops president John Persons promised the community that the store would “open it in a respectful manner for our associates, our employees and for the community at large.”

At the time, Persons said the renovations would include some way to memorialize the victims of the shooting.

“We have been committed to the city of Buffalo since our founding 60 years ago and this event doesn’t stop that commitment,” Persons said. “We will be here. We will be in this store.”

The market has served as a vital part of the east Buffalo neighborhood, local leaders said. In the predominantly Black neighborhood, which has struggled to thrive after years of historic segregation and divestment, residents said the area’s lone grocery store has been a central resource and gathering place providing access to fresh food and medicine. One Buffalo city councilman described the store to ABC News as “an oasis in the middle of a food desert.” 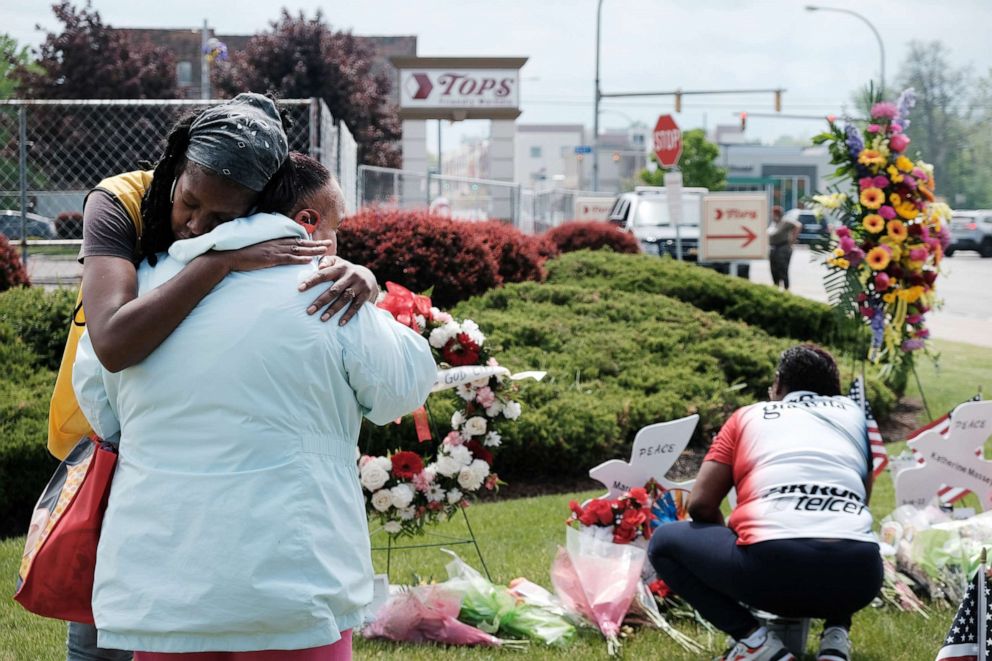 People embrace near a memorial for the shooting victims outside of Tops grocery store, May 20, 2022, in Buffalo, NY, where 10 people died during a mass shooting on May 14.

Investigators said the suspected shooter, 18-year-old Payton Gendron, allegedly targeted the store after conducting reconnaissance on it for at least two months.

Gendron drove three hours from his home in Conklin, New York, a day before the shooting and allegedly spent time conducting a final reconnaissance on the store before allegedly committing the mass shooting on a Saturday afternoon.

Authorities allege Gendron stormed the store wielding a Bushmaster XM-15 .223-caliber rifle and dressed in military fatigues, body armor and wearing a tactical helmet with a camera attached. Gendron allegedly livestreamed the attack on the gaming website Twitch before the company took down the live feed two minutes into the shooting.

Among those killed was 55-year-old Aaron Salter Jr., a retired Buffalo police officer who was working as a security guard at the supermarket. Authorities said Salter fired at the gunman, but the bullets had no effect due to the bulletproof vest the suspect wore.

He has pleaded not guilty to the charges and faces life in prison without the possibility of parole if convicted.

Gendron has also been charged with 26 federal counts, including 10 counts of committing a hate crime resulting in death. He has yet to enter a plea to the federal charges.

Federal prosecutors have not yet announced whether they will seek the death penalty in the case.