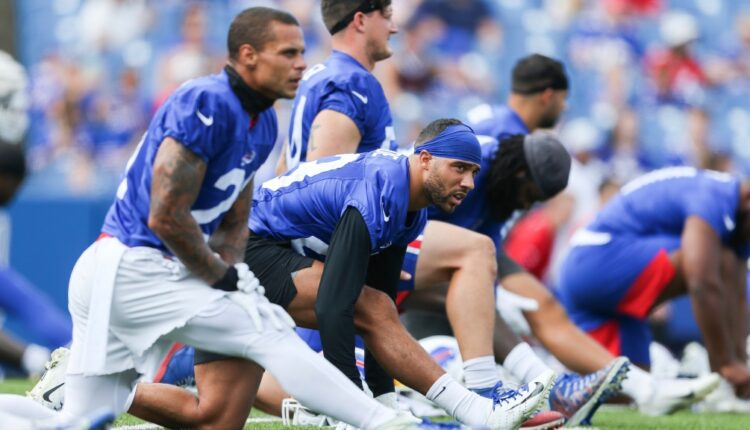 Whether it has been the scrappy, underdog Bills or the favored to win the AFC East Bills, the team’s secondary has come to play year in and year out.

That was the instant change that came to the team with Buffalo head coach Sean McDermott. He revamped the team’s defensive scheme in 2017 and added three big pieces in his first offseason, all of which are still with the team: Micah Hyde, Jordan Poyer, and Tre’Davious White.

Now add a first-round selection to that in Kaiir Elam? It was really an easy pick for ESPN.

The former world-wide leader named every NFL team’s best position group ahead of the preseason. For the bills, it was the secondary.

Here’s how ESPN broke down the Bills’ defensive backfield:

The Bills’ secondary might not compete with Josh Allen or Von Miller for star power, but the group spurred the team’s top finish in defensive DVOA in 2021 with versatility and complementary play. Jordan Poyer and Micah Hyde earned first- and second-team All-Pro honors and had five interceptions apiece in 2021.

Outside corner Tre’Davious White and slot corner Taron Johnson finished seventh and 12th among qualified cornerbacks with 5.1 and 5.4 yards allowed per target. First-round rookie Kaiir Elam should replace departed free agent Levi Wallace and has better potential with a bigger 6-foot-2 and 195-pound frame. And all told, the Bills allowed just 7.2 yards on deep-pass attempts thrown 16 or more yards in the air in 2021. No other team allowed fewer than 10.0 yards on deep attempts.