3 reasons why the Buffalo Sabers should not trade for Tkachuk 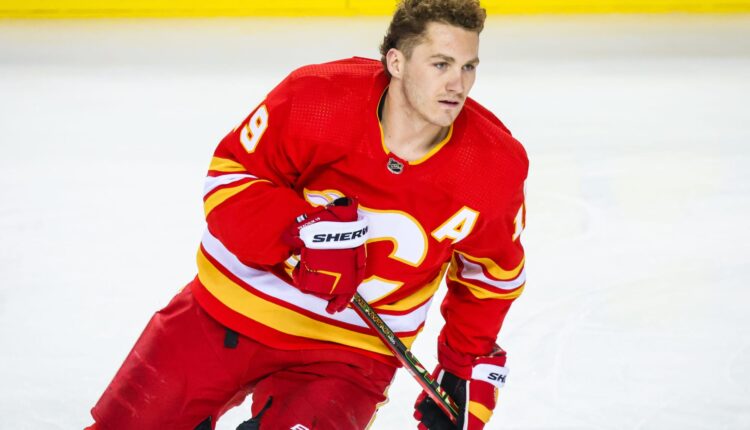 The Buffalo Sabers are surprisingly sitting with high odds to land Matthew Tkachuk via a trade. But don’t buy into the hype.

The Buffalo Sabers reportedly have good odds to land Matthew Tkachuk, per an article posted by WYRK. This gives them the fourth-highest odds of landing the 24-year-old winger. And although I laid out a trade scenario in a previous article, I did state that I do not believe a trade would happen.

Not only did I not believe the Buffalo Sabers would try to land Tkachuk; I felt they would be giving up too much from their talented prospect pool for the star player. In that trade scenario, I listed the likes of Ryan Johnson and Erik Portillo, a 2023 first round pick, and two 2023 second round picks.

Some have asked about Johnson and Portillo, who would be free agents if they didn’t sign following a potential trade. In this case, their representation (advisors) could be granted permission from the Sabers to talk to the Flames and the prospects would agree to sign in Calgary following their respective collegiate seasons before they trade for their rights.

Odds are, you could most likely add one forward and a young defenseman to that mix, with Casey Mittelstadt serving as the likeliest candidate with Mattias Samuelsson being the defenseman mentioned. And that brings me to the first reason the Sabers should not trade for Tkachuk.

NASHVILLE, TN – APRIL 19: Matthew Tkachuk #19 of the Calgary Flames is escorted to the penalty box during the second period against the Nashville Predators at Bridgestone Arena on April 19, 2022 in Nashville, Tennessee. (Photo by Brett Carlsen/Getty Images)

Why the Buffalo Sabers should not trade for Matthew Tkachuk: Reason #1 – Too much trade compensation

Buffalo Sabers general manager Kevyn Adams has remained adamant on building through the draft. Meanwhile, the Calgary Flames have seen their offseason go up in flames, first losing Johnny Gaudreau before Tkachuk informed the franchise he would not sign a long-term deal with them.

They also have another three players likely heading to arbitration, meaning the Flames are likely going to start over again from scratch. And this means they are going to want prospects, prospects, and more prospects, either in the form of young NHL-ready players like Samuelsson, former first round picks like Mittelstadt, current prospects in the pool, and finally, draft picks.

Since he wants to build the organization through the draft, Adams would be going off-script completely if he were to try and trade for Tkachuk. Midtown isn’t quite out of chances in Buffalo, and there is no way they would part with Samuelsson if Calgary demanded high-end prospects. Especially with Samuelsson likely to play on the first pairing with Rasmus Dahlin.

Inside one of the nation’s few hybrid JD programs