3 reasons he Buffalo Sabers are making smart moves at goaltender 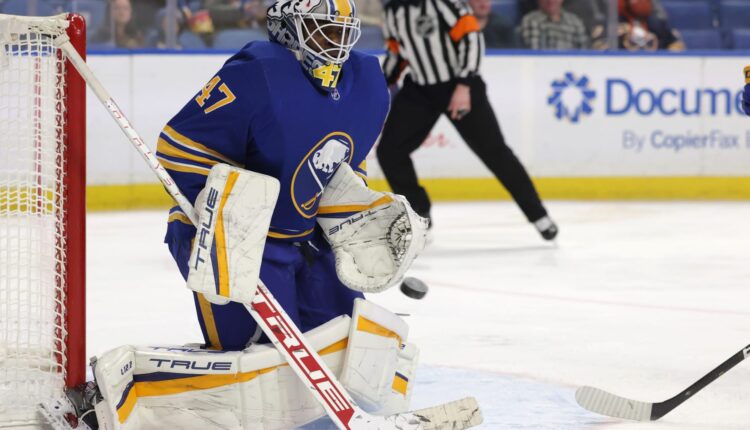 The Buffalo Sabers have re-signed both Craig Anderson and Malcolm Subban to bridge contracts, showing that Kevyn Adams is interested in retaining talent.

The Buffalo Sabers may not have made the flashiest moves regarding their goaltender situations by bringing back the 41-year-old Anderson or the underachieving Subban. But they each provide cost-effective value to the organization, with Anderson’s experience allowing him to slide into a mentorship role while Subban provides depth and insurance, most likely at the AHL level.

While it is almost a done deal that the Sabers will bring in someone to man the top spot at goaltender, it is clear that by bringing back Subban and Anderson, they are also looking for a sense of familiarity in guys who have spent time in the system. Last season, this wasn’t the case, as Anderson, Dustin Tokarski, and later Subban were all newcomers.

Why the Buffalo Sabers are making the right moves at goaltender: Reason #1 – Ukko-Pekka Luukkonen’s development

Anderson and Subban both made excellent mentors for Ukko-Pekka Luukkonen, and perhaps even Devon Levi if he signs following the 2022 NCAA season. But right now, the focus is on Luukkonen, who struggled with inconsistency and multiple injuries in 2021-22.

Anderson is the obvious pick to land on the NHL roster while Subban will likely wind up in the AHL. Regardless of where Luukkonen lands, he has a mentor in both players, and that is priceless considering his recent struggles.

If Luukkonen plays well in training camp and the preseason, he could move ahead of Anderson on the depth chart, which would prompt the Sabers to keep three goalies if we act under the assumption they are not done adding talent to the position. That said, expect Luukkonen to spend the season a the Number 2 goaltender in this scenario unless he outplays the to-be-determined Number 1 goalie.

Three Things to Know About Insurance Coverage for Abortion