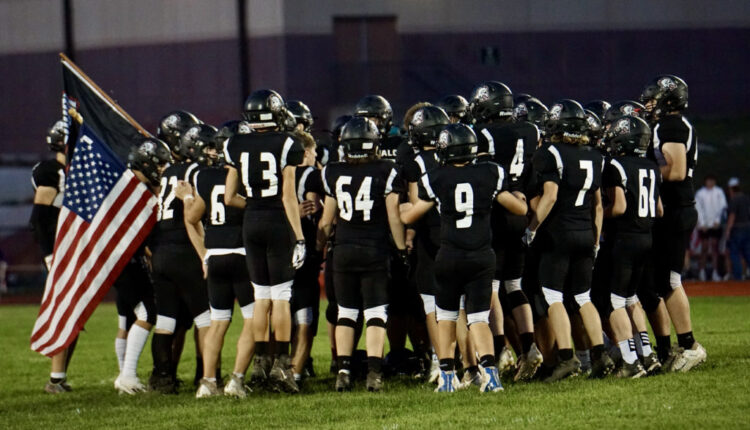 By Jordan Burton (For OzarksSportsZone.com)

Ed Phillips has firmly righted the ship of Buffalo Football in his five seasons, putting the Bison in a position where winning is now an expectation and not a rarity.

Buffalo has now put together four straight winning seasons. But, for the first time in his time in black and red, Phillips will look to navigate a nearly complete rebuild after saying goodbye to a class that won more games than any group of seniors in more than a decade.

“I will remember a group of young men who worked extremely hard every day to change a culture,” said Phillips. “They believed in each other and were fun to coach. They had 32 wins and three district championship game appearances with a district title. They had fun playing the game of football.”

Just four starters and eight lettermen are returning, but that won’t change the new normal for the program.

Christopher was an All-District and All-OHC selection.

“Ryan is one of the best offensive linemen in Class 3,” said Phillips. “He has a lot of experience and is dedicated to the weight room, which has made him stronger and faster. He will be able to help the young lineman as well as lead by example of how to go through the day by day operations of a championship season.”

Hunter Jenkins will return to his spot at center. Jordan Savell will take on a bigger role at running back, seeing an uptick in carries.

Defensively, Brad Meade will look to lead from his linebacker spot, while Rilye Phillips and Steven Cox will look to make an impact from the secondary.

Senior Davin Pickens, junior Avery Patrick and sophomores Aiden Patrick and Drake Hodge will see time at receiver and in the secondary.

Bradley Mankley is the quarterback-in-waiting but will also provide depth at linebacker.

Phillips will need these newcomers to quickly acclimate to varsity football.

“The toughest part for inexperienced players is just being able to adjust to the speed of the game,” said Phillips. “Being able to know your assignment and being able to react to what you see. They will need to trust each other as they play this season.”

Buffalo had a 4-1 start to the 2021 season before finishing 1-4. Those losses came to some of the top teams in Class 2 and Class 3. Three of the Bison’s five losses came by two possessions or less.

With a new core of players that haven’t won big games, this group will have learn what it takes to get over the hump in big games, especially on the road.

How quickly the new faces adjust to life on Friday nights will be key if Buffalo is to make this rebuild a reload.

“Our young players will have to contribute right away,” said Phillips. “We must play with discipline and work hard to maintain a culture that deserves victory. We must concentrate on each day and work hard to get better every day.”