16,000 Rounds of Ammunition Seized at the Hidalgo International Bridge 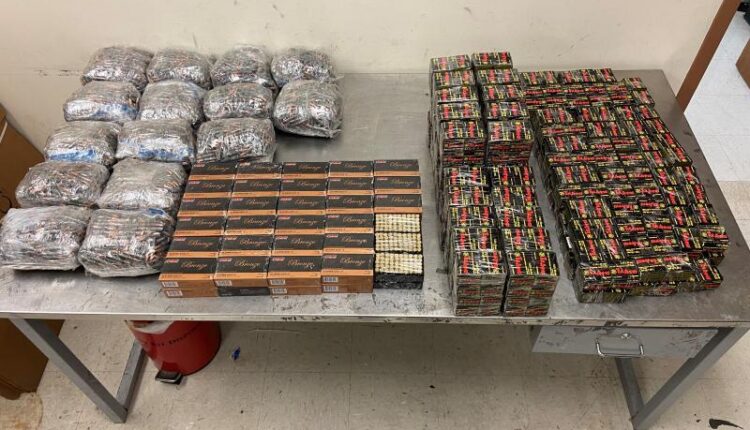 “Our CBP officers prevented this ammunition from landing in the streets of Mexico, helping to save countless lives all thanks to their diligent inspection work,” said Port Director Carlos Rodriguez, Hidalgo/Pharr/Anzalduas Port of Entry. “The undeclared exportation of weapons and ammunition into Mexico is illegal.”

Entering Mexico with a firearm, or even a single round of ammunition, carries a penalty of up to five years in prison, even if the firearm or ammunition is taken into the country unintentionally.

This was one of 39 cases involving weapons being smuggled into Mexico filed in federal courts in Tucson and one in Phoenix in 2021, nearly double any single year going back to 2008 when the statute was first used.

Court records show that many of the smugglers are young adults and U.S. citizens who say they were contacted by someone in Mexico and were often paid a few hundred or few thousand dollars to buy, store or transport weapons.

CBP OFO seized the ammunition and vehicle, and the case remains under investigation by special agents with U.S. Immigration and Customs Enforcement-Homeland Security Investigations (ICE-HSI).

Putin’s Mobilization May Be Repeating Disaster

US will help Ukraine with War Crimes justice